Who are the most influential figures in Tibet history? They are listed as follow. 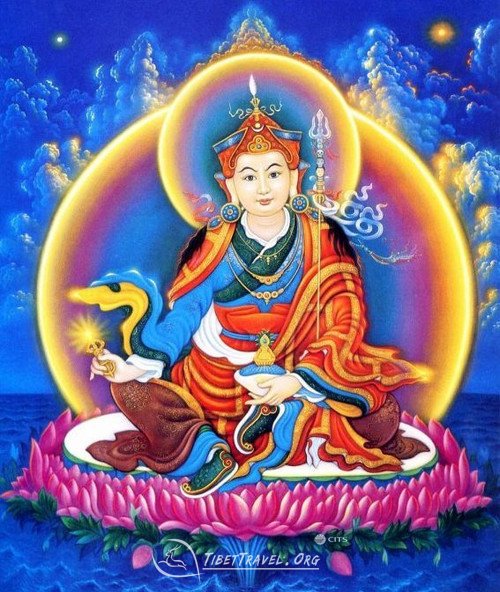 Guru Rinpoche or Padmasambhava was an emanation of the Buddha Amitaba and a great yogi from the region that borders on present-day Pakistan and Afghanistan. Admasambhava means “the Lotus-Born” in Tibetan. It was said that Guru Rinpoche appeared miraculously in the blossom of a lotus in Lake Danakosha, the "Ocean of Milk" in South West Oddiyana. When the king saw the child sitting on the lotus, he was filled with delight and invited him to the palace as his son and religious guide. The child was named Padmasambhava, the "lotus-born."

He brought Buddhism to Tibet in the eighth century and is affectionately called Guru Rinpoche. He spent more than 55 years in Tibet, manifesting countless wonders and is highly revered by all the schools of Tibetan Buddhism, and especially by the Nyingma. 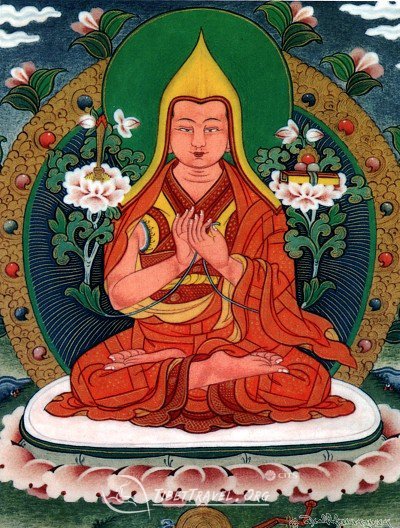 Tsongkhapa, whose ordained name was Losang Dragpa, was a famous teacher of Tibetan Buddhism and the founder of Gelugpa School of Tibetan Buddhism. His name means “The Man from Onion Valley” in Tibetan. Tsongkhapa was born into a nomadic family in Amdo Tibetan area in 1357. Today the location of Tsongkhapa's birth is marked by Kumbum Monastery.

Tsongkhapa was a great 14th century Tibetan Buddhist Master who promoted and developed the Kadampa Buddhism that Atisha had introduced three centuries earlier. His appearance in Tibet had been predicted by Buddha himself.

As a great teacher of Tibetan Buddhism, Tsongkhapa patiently taught the Tibetans everything they needed for their spiritual development, from the initial step of entering into a spiritual practice through to the ultimate attainment of Buddhahood. His followers became known as the ‘New Kadampas’, and to this day Kadampa Buddhists worldwide study his teachings and strive to emulate his pure example. 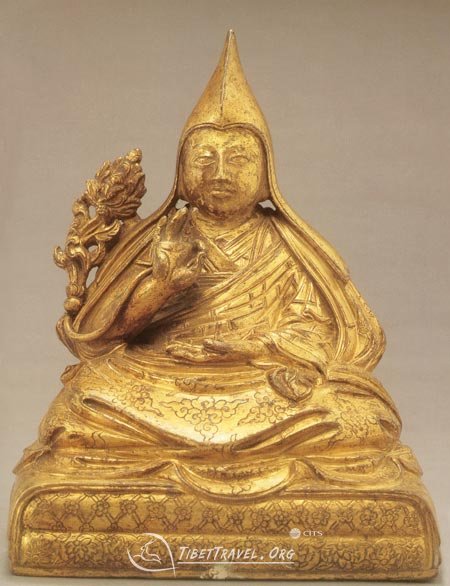 The fifth Dalai Lama, Ngawang Lobsang Gyatso was a key religious and temporal leader of Tibet. The fifth Dalai Lama was credited with unifying central Tibet after a protracted era of civil wars. As an independent head of state, he built the bulk of famous Potala Palace, established diplomatic relations with China and also met with early European explorers. He was the first Dalai Lama to become spiritual and political leader of Tibet and the greatest of all the Dalai Lamas. Songtsen Gampo was a great Tibet king of Tubo Kingdom. He was the first king unified Tibet in history. Together with his two wives, Princess Wencheng from Tang Dynasty of China and Princess Bhrukuti from Nepal, Songtsen Gampo was credited with introducing Buddhism into Tibet in the 7th century. 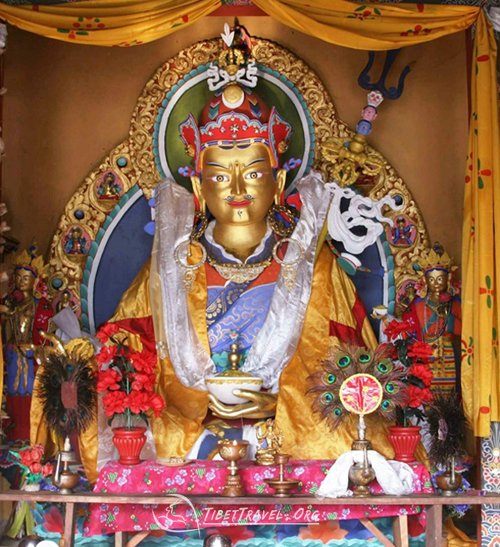 Trisong Detsen is very important to the history of Tibetan Buddhism as one of the three 'Dharma Kings' who established Buddhism in Tibet. The Three Dharma Kings were Songtsän Gampo, Trisong Detsen, and Ralpacan.