What Kind of Wild Animals You Will See for Kailash Tour?

Respected as the center of the world, Mt.Kailash is the most famous holy mountain in Tibet, alluring a large number of tourists for pilgrimage and exploration. Located in the south of Ngari prefecture known as the paradise for wild animals, Mount Kailash is also a great haven for wild donkey, Tibetan antelopes, yaks, swan and black-necked cranes etc. During your journey to Mt. Kailash, you may get a rare chance to see unusual species of wildlife here, especially in the region of the four most sacred rivers, Sutlej River, Brahmaputra River, Indus River and Karnali River.

Among all the wild donkeys, Kiang is the largest one with an average shoulder height of 140 cm. It is native to the Tibetan Plateau, inhabiting in the alpine grasslands of 3,600m to 5,400m above sea level. Since it looks like a mule in appearance, much larger than the domestic donkeys in shape, it is often called the “wild horse” by local Tibetans. 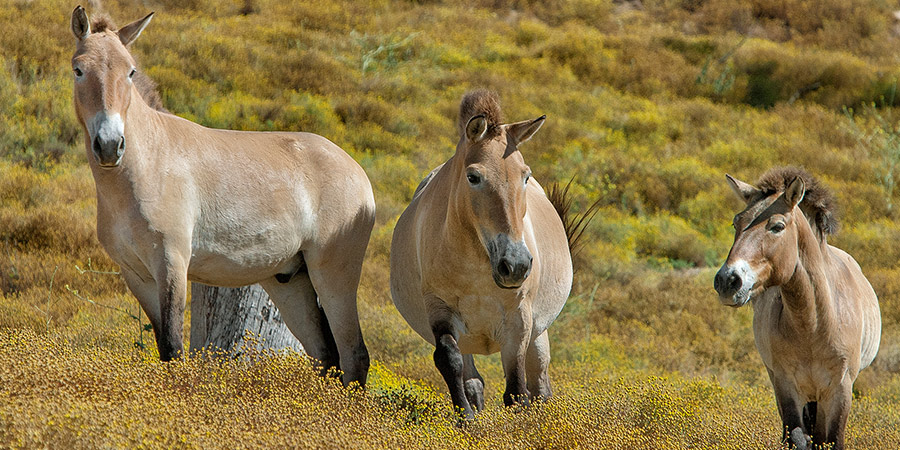 Racing with cars can be a special habit of Kiang. When the car gets into their inhabiting area, the kiang in the distance will curiously watch the car moving close to them. When the car is quite near to them, they will immediately run forward to keep parallel with the car. Thus it is advised to slow down your vehicle and let the kiang go ahead, if you happen to encounter with such kind of “competition” while touring the Ngari area.

As the holy unicorns of the roof of the world, Tibetan Antelopes are virtually exclusive to the Tibetan Plateau. Living in the mountain meadows and alpine deserts over 4,000 meters, they feature thick hairs against the severe cold environment below zero. Tibetan Antelopes now belong to the first class protected animals in China, and natural reserves such as Qiangtang, Hoh Xil and Sanjiangyuan National Nature Reserve have been founded for the well protection of Tibetan Antelopes. 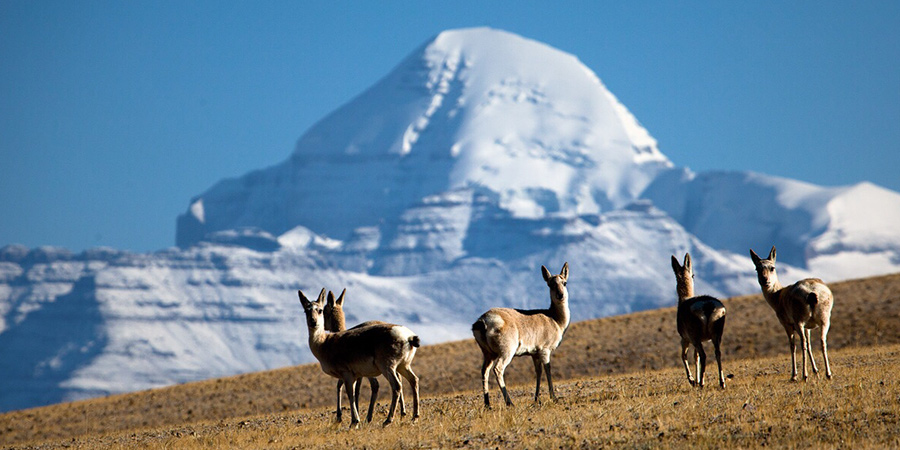 People who have travelled to Tibet must know the yaks, since they are almost everywhere in Tibet. By carrying heavy goods and providing milk and meat, yaks play an important part in the daily life of Tibetans. Whereas, what we will say is the wild yak, which is a little bit different from the domestic yak mentioned above. With an average height up to 2 meters, twice higher than the domestic ones, the wild yaks are always brown or black in color. They also belong to vulnerable species, being well protected by laws and policies. 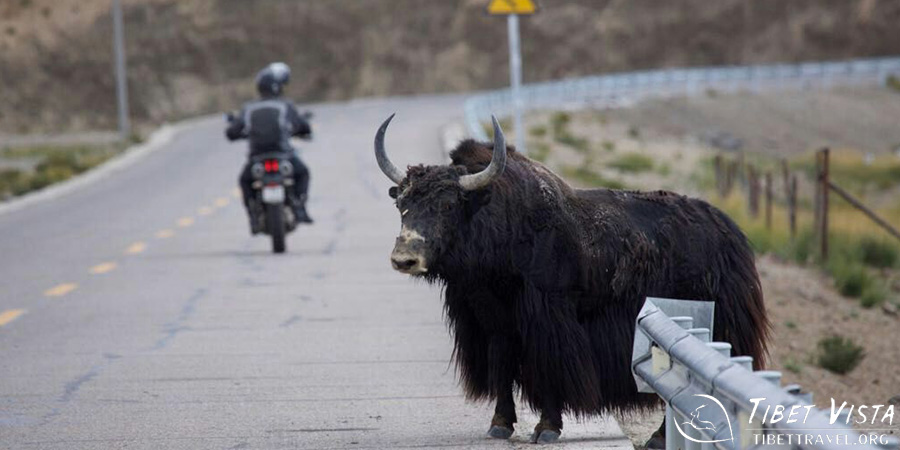 Inhabited in the mountain ranges and alpine steppes where few people tread, wild yaks can even migrate to some regions above 5000 - 6000 meters, just under the edge of snow line. Being well adaptable to the harsh environment of alpine steppes, wild yaks can step into some shrub lands and mountain meadows many other wild hoofed animals have difficult to access.

When taking a Kailash tour, it is common to visit the Lake Manasarovar on the way before arriving at the holy mountain, since the lake is only 20 km away from Mount Kailash, and there are quite a number of wild birds to be seen except its breath-taking turquoise water. One of the wildfowl is the swan. In summer, flocks of swans will gather on the Lake Manasarovar, bringing life to this area. With snow-capped mountains as the background, the view of hundreds of graceful swans flying over the lake attracts thousands of tourists from all over the world. 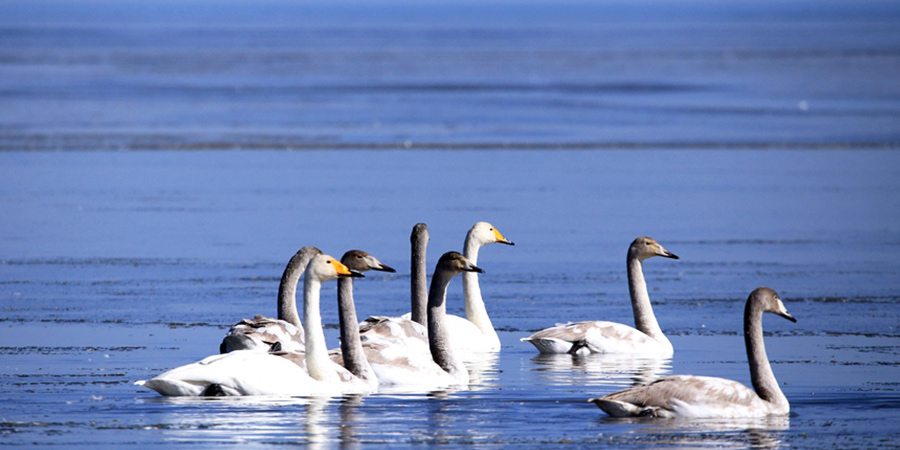 As the only one kind of cranes living and breeding on the plateau areas, black-necked cranes are rare birds, inhabiting in the fresh water wetland areas of highland. They can fly up to ten thousand meters high, passing through Mount Everest, the highest peak in the world. Black-necked cranes are also called the holy birds, since they are quite favored by Tibetan people who have a sincere belief on Buddhism. Back-necked cranes usually spend winter in Tibet. During that time, tourists can have the chance to see a flock of black-necked cranes happily dancing on the grassland. 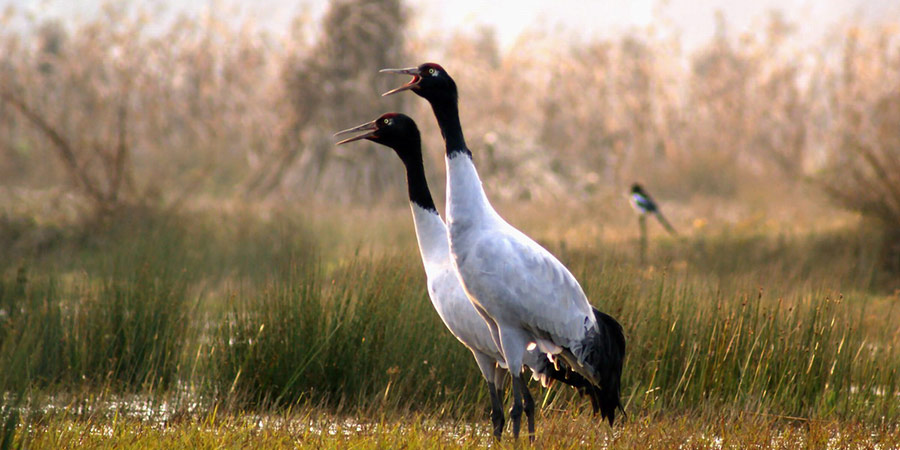 Apart from the animal abovementioned, there are also other species like gazelle, Tibetan long horned antelope, water pigeon etc. As most of these animals are quite rare and precious, it will be quite fortunate if you happen to see one or more of them during your tour to Kailash area. Next time if you are on a tour around Tibet, do not forget to pay attention to the wild animals along the way, for they may be another unforgettable beautiful memory of your lifetime tour in Tibet.

0 Comment ON "What Kind of Wild Animals You Will See for Kailash Tour?"