Tibet, the land at the Roof of the World, is a region of unparalleled beauty. Featuring the most stunning lake and mountain vistas in the world, this massive Himalayan vista is beset with ancient and magnificent Buddhist monasteries. Tibet also has some of the best places to take photos around the globe, and is the place to be for both aspiring and professional photographers. So which of the multitude of sites across the plateau are the most popular and most photographed amid our clients? Read on…

No. 10 Ganden Monastery, the First Gelugpa Monastery in Tibet 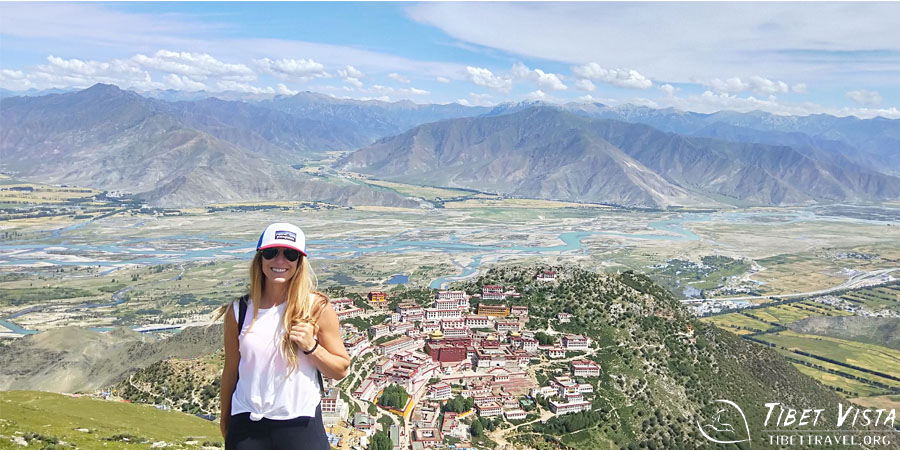 Ganden was founded in 1409 by Je Tsongkhapa, and sits on the top of Wangbur Mountain in Lhasa. The main highlights of the monastery include the Ganden Kora, a short trek around the mountain with great views of the valley, and the Ganden Monastery incense, where you can see how Tibetan incense is traditionally made. A great place for festivals, you can visit to experience the Ganden Thangka Unveiling Festival or the Ganden Ngachen Chenmo Festival.

No. 9 Drepung Monastery, the Biggest Gelugpa Monasteries in Lhasa 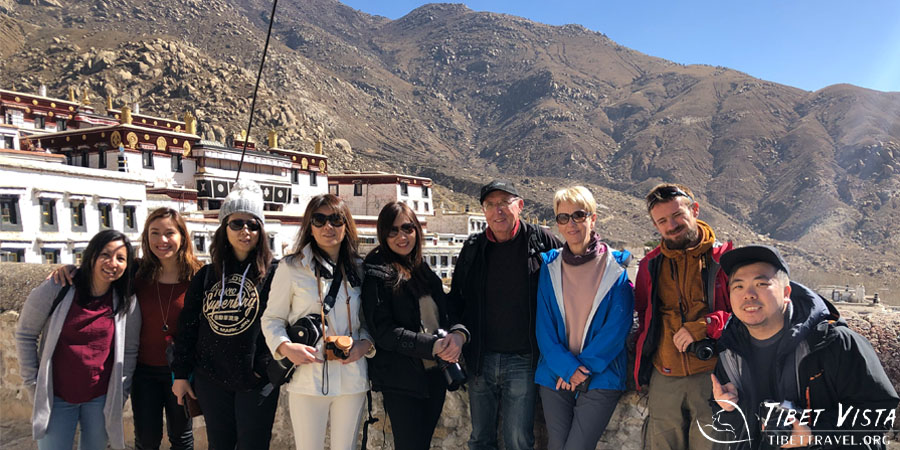 Group photo at Drepung Monastery, with Mount Gambo Utse in the background

The largest Tibetan monastery, Drepung was built in 1416, and was the original residence of the Dalai Lama. The one-day kora around the monastery is great for getting the best views of Lhasa and he Lalu Wetlands, and the Drepung Shoton Festival is one of the grandest in Tibet, featuring a vast Buddhist Thangka painting unveiled on the hill. You can also experience the unique philosophical and theological debates of the young monks in the courtyard. 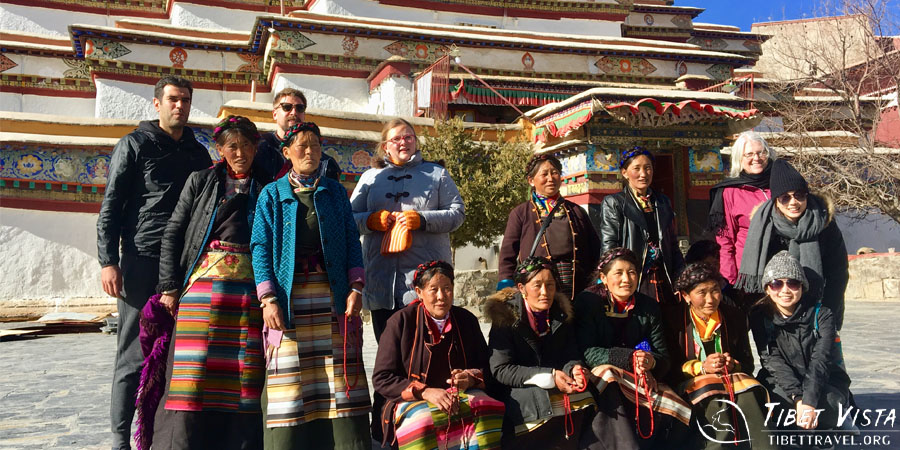 At the stunning 32-meter Kumbum in Palcho Monastery

Founded in 1418, Palcho Monastery was once a compound of three schools of Tibetan Buddhism, and is the home of the famous Kumbum Stupa, a 32-meter stupa that has 108 small chapels and is the only one of its kind in Tibet. Nine stories high, its white layers trimmed with red and gold, and with a golden crown-like dome, the stupa is an awe-inspiring sight. 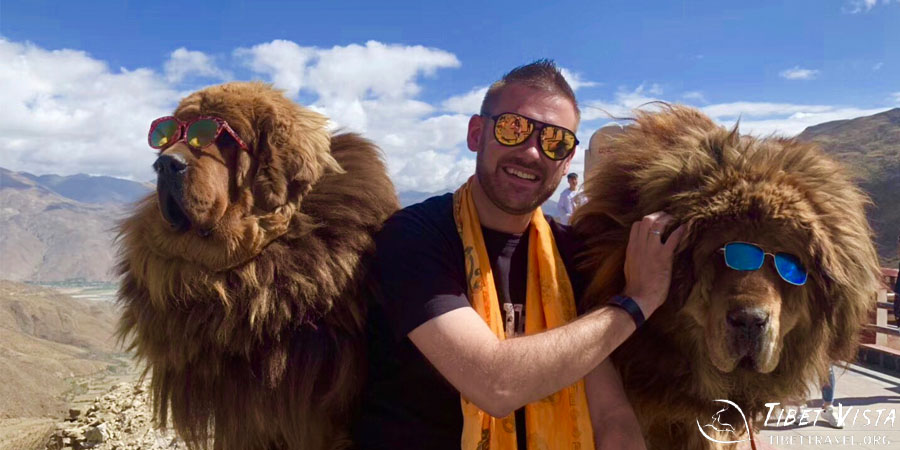 Posing with the beautiful Tibetan Mastiffs at Gangba La Pass

At around 4,800 meters, Gangba La is the first high pass outside Lhasa on a tour of the plateau region, and is one of the best places to get a panoramic view of the wide and spread-out Lake Yamdrok, surrounded by stunning mountains. You can also find Tibetan mastiffs, one of the world’s largest dogs, at the pass, and you can get photos taken with these vicious yet beautiful beasts. Below the pass lies Lake Yamdrok, another of the Great Three sacred lakes of Tibet, and one of the most revered lakes in the world. 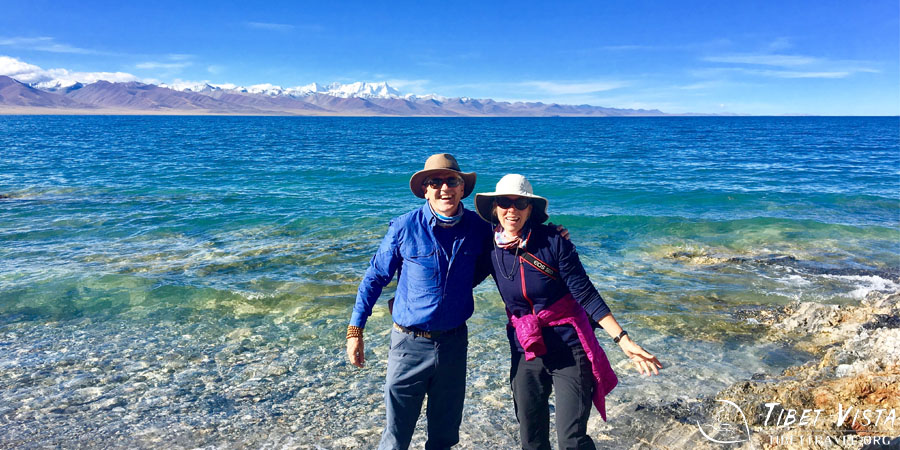 Known as the “Heavenly Lake”, Namtso is the highest saline lake on the planet, and the largest lake in Tibet Autonomous Region. Lying between the stunning Nyenchen Tanglha Mountains and the vast Changtang Grasslands, the surreal beauty of the lake is well worth the 6-hour drive from Lhasa. One of three sacred lakes in Tibet, Namtso is also the destination of thousands of pilgrims, who trek around the lake’s kora, often prostrating every few yards as they circumambulate the lake. - Check the classic Lhasa to Namtso tour.

No5. Potala Palace, the Landmark of Tibet 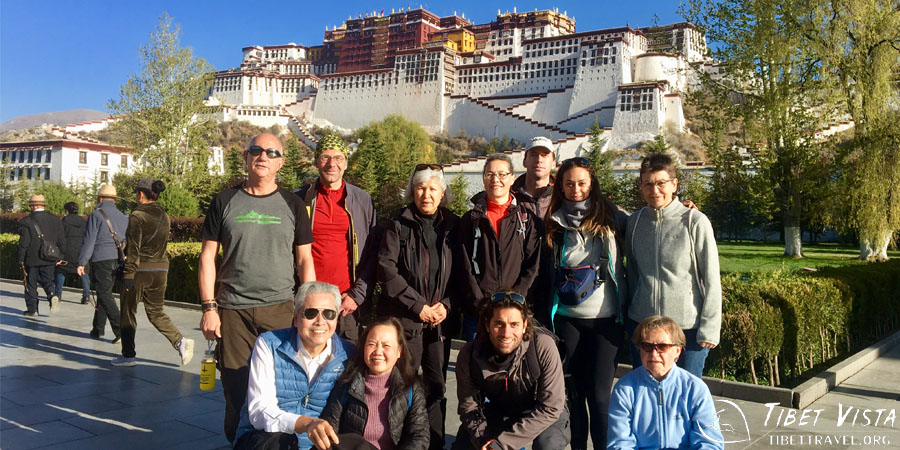 The most iconic symbol of Tibet, the Potala Palace, on its 300-meter Red Hill, overlooks the city of Lhasa, its majestic presence standing guard over the Tibetan capital. Comprising of the Red and White Palaces, the Potala sits on the site of an ancient 7th century fortress, parts of which still remain in the grounds. An immense and striking construction, nothing can prepare you for your first sight of the impressive palace.

No. 4 Jokhang Temple, the Spiritual Heart of Tibet 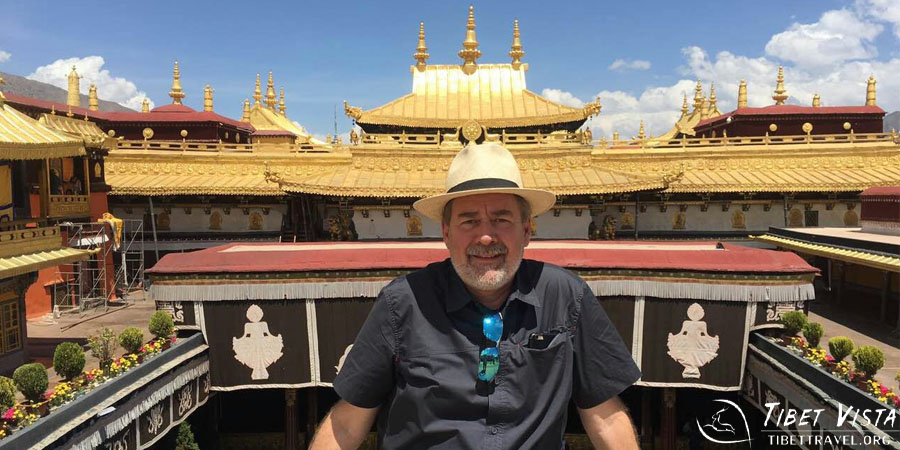 Overlooking the central courtyard of the sacred Jokhang Temple

Renowned as the spiritual heart of Buddhist Tibet, the Jokhang palace is one of the oldest buildings in Tibet, dating back to the mid-7th century. Built by Songtsen Gampo, the 33rd king of Tibet, the temple houses the life-sized statue of Sakyamuni Buddha at the age of 12, said to have been blessed by Buddha himself. Filled with historic relics and exquisite murals, the temple is the very essence of Tibetan Buddhist culture. - Check the classic Lhasa tours available.

No. 3 Gawu La Pass for the Panoramic View of Great Himalayas 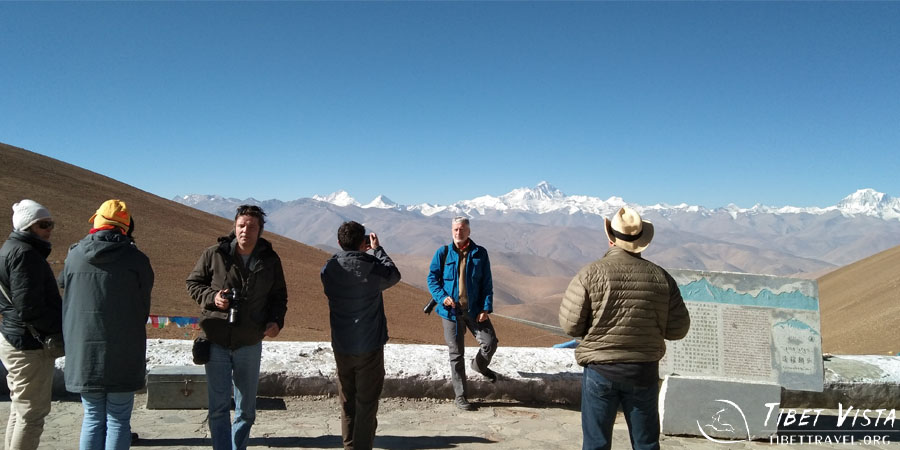 Gawu La Pass, on the road to Mount Everest, sits at an altitude of 5,198 meters above sea level, and is one of the best places in the world to photograph the beautiful panoramic vista of the Himalayas. Strewn with Tibetan prayer flags, as is every pass in Tibet, from Gawu La you get the most outstanding views of several eight-thousanders, including Mount Everest, Mount Shishapangma, Mount Lhotse, Mount Makalu, and Mount Cho Oyu.

No.2 Mt. Kailash, the Holiest Mountain in Tibet 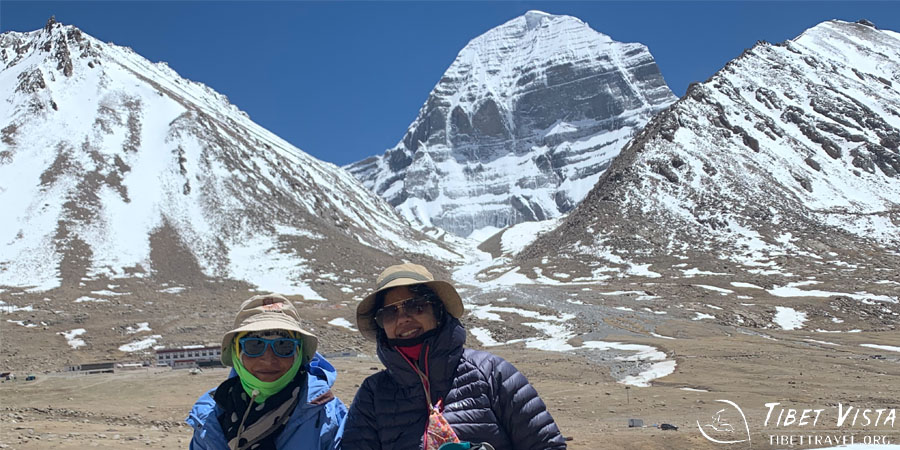 Mount Kailash, the world’s most sacred mountain, is the destination of thousands of pilgrims every year, who come to take the ritual kora trek around this immense jagged tooth of unusual black rock. It is also the location of the best and hardest trek in Tibet, the Mount Kailash Kora. A three-day hike around the mountain that takes you up to a pass that sits at 5,630 meters, this is one of the most spiritual hiking experiences in the world, and an awesome experience in itself. - Find out the popular Mt. Kailash tours available.

No.1 Everest Base Camp in Qomolangma National Nature 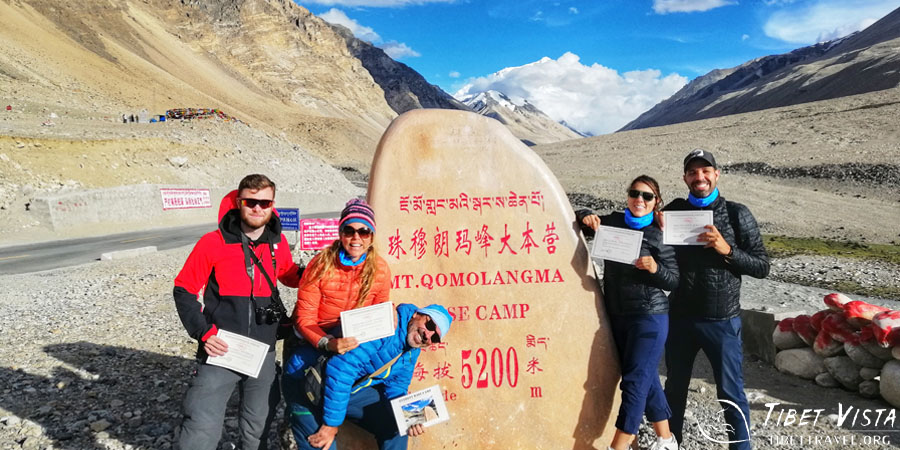 Mount Everest, the pinnacle of mountaineering in the world and the most popular attraction in Tibet, is the most photographed location on the plateau, and the destinations of hundreds of thousands of tourists every year. Standing in the shadow of the world’s highest mountain at the 98-year-old base camp is an unforgettable experience, and is the best place from which to take those iconic shots of the summit of this great mountain. - Join us for an epic tour from Lhasa to EBC.

While these ten locations are some of the most stunning for photos, Tibet also has thousands of other locations that are just as good for both professional and amateur photographers, esp in western region like Ngari. The entire region is a camera’s delight, filled with beautiful scenery and outstanding views in every corner and around every bend. If you are interested in getting to know the other places in Tibet, then we can cater to your needs and our professional travel consultants can help you customize your Tibet trip to make the most of this amazing landscape.