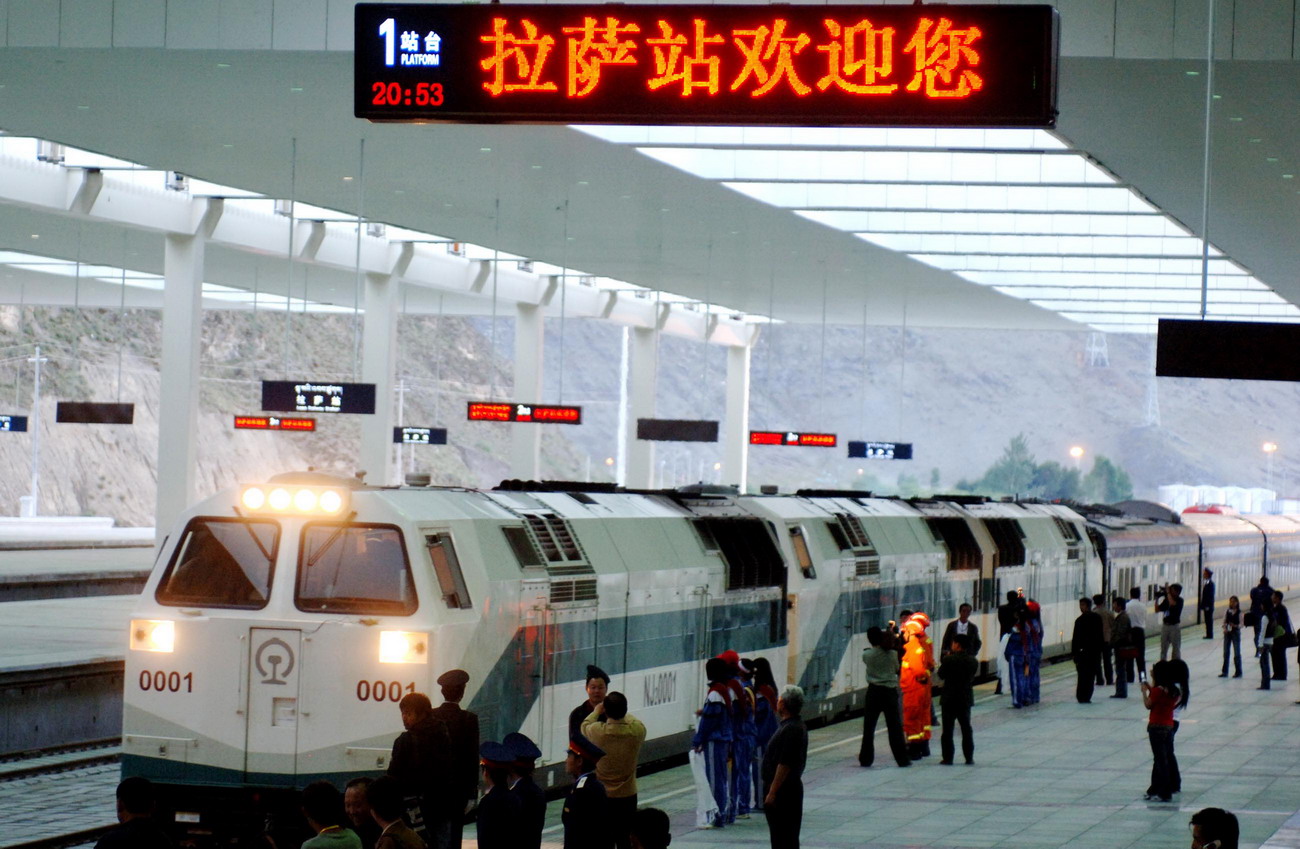 Passengers were waiting to board the train in Lhasa

In recent years Tibet's tourism has expanded rapidly, especially after the completion of Qinghai-Tibet Railway in July 2006.

In 2006, Tibet received 2.5 million tourists, including 150,000 foreign visitors. Most of them took train to Tibet to experience the newly-built railway and mainly to enjoy the breathtaking scenery along the railway to Tibet.

In 2007, Tibet received 4 million tourists from both home and abroad, up 60% from the previous year, generating an income of 4.86 billion RMB, 75 percent higher than in 2006, according to the Tibet Tourism Bureau.

The above data certainly demonstrates that the Qinghai-Tibet Railway greatly promotes Tibet’s tourism, which is a crucial factor in Tibet’s economy. Many local Tibetans also benefit from the development of Tibet’s tourism. Many farmers gave up farming to set up businesses catering for tourists, work as tour guides or drivers, run family hotels or restaurants, make handicrafts, etc.

With the operation of the railway, the overall transport infrastructure and investment environment in Tibet have been upgraded greatly. Many businesspeople and investors are also attracted to this land, with its great potential.

Many modern machines are carried to Tibet via the railroad to build roads in Tibet. Nowadays, well-paved roads can be found in and between major areas of Tibet. Traditionally horses were the only mode of transportation, but with the improvements made in infrastructure, people have switched to motorbikes or cars, which have made life much easier for the locals.

Besides, in the future, there will be more railways built to Tibet from mainland China. For instance, the 1,900 km long Sichuan-Tibet Railway, with investment of about 130 billion RMB will be constructed soon, and it will link the Lhasa-Nyingchi Railway after being completed. Also, construction of Yunnan-Tibet Railway and Xinjiang-Tibet Railway may also be on the agenda before long.

The railway provides a low-cost, 24-hour means of mass transportation, it accelerates the blending of Tibet’s economy and culture with that of mainland China, bringing considerable benefits to Tibet’s mineral and material products, ethnic handicrafts and arts.

However, modernization may also be a great threat to the traditions. Critics say modernization is happening at a cost to the region’s cultural heritage. The Qinghai-Tibet railway has opened the vast expanses of Tibet to the world and brought new concepts to the once isolated plateau.

Will the prayer wheels, buttered tea, and people lining up to kowtow disappear with the appearance of cups of coffee, pizza, ice-cream, and music bars? We do not know.