LHASA, March 11 -- The highest border police station in China was established Saturday in a village in Tibet Autonomous Region.

The border police station, situated 5,373 meters above sea level, is located at Pumaqangtang village, Shannan prefecture, and neighboring Bhutan. The village has a population of over 900.

"The foundation of the police station marks the progress of border administration, and it plays a positive and important role in social development and lasting peace and stability along Tibet's border," said Tashi Dodan, head of the public security border detachment of Shannan prefecture.

There, 20 female officers, aged 18 to 31, will maintain peace in the tourism scenic areas in Nanyi.

Most of the 445 villagers in Nanyi are Lopa People, the least populous ethnic group in China. 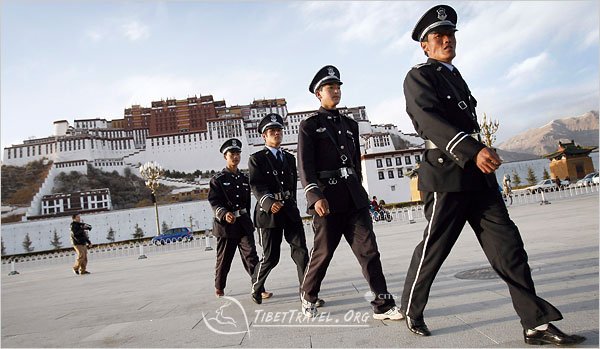