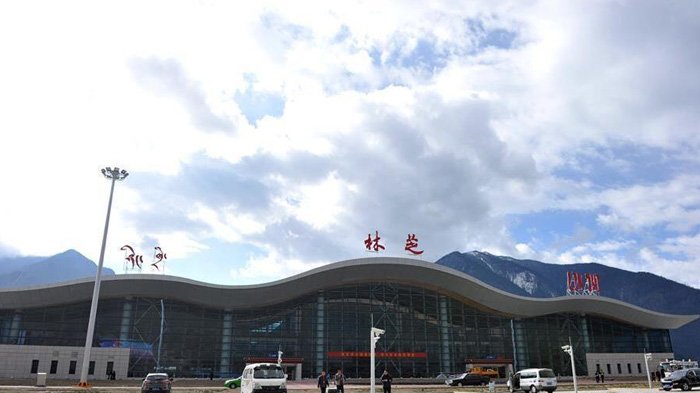 The newly-built Nyignchi Mainling Airport Terminal is the second largest teminal in Tibet.

"It is the sixth terminal open for the public to visit Tibet and the annual passenger throughput is expected to reach 750,000 to 1,000,000, " said Hu Zhaoxing, the head of Mainling Airport. In the near future, tourists can take direct flight to Nyingchi from Beijing, Shanghai, Xi'an, Hangzhou, etc. Hence, a comprehensive air traffic system has taken shape.

Up to now, visitors can directly fly to Nyingchi from Chengdu, Chongqing and Lhasa. Below is the latest Nyingchi flight schedule for your reference.

Nyingchi Mainling Airport (2,949 meters), next to Chamdo Bangda Airport (4,334 meters) and Lhasa Gonggar Airport (3,570 meters), is the 12th highest cival airport in China. Located in the Yarlung Zangbo River Valley, Mainling Airport is the lowest ecological airport in Tibet. Thanks to the lower altitude and easy access to attractions nearby, most tourists have chosen to get to Nyingchi first and then travel around Tibet. 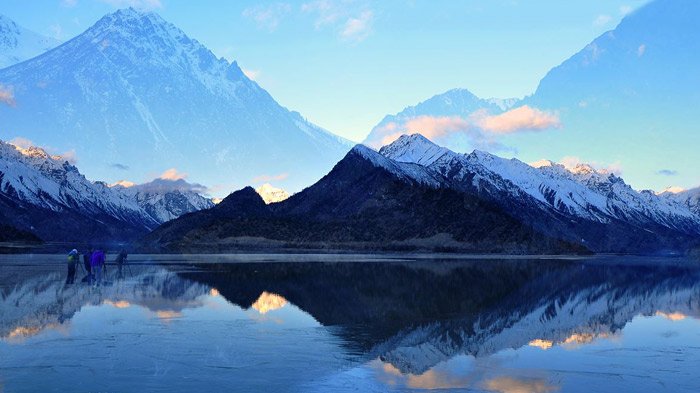 Ranwu Lake in the tranquil morning

Upon arrival at Mainling Airport, some tourists prefer to go Bayi Town first and then head towards to Lhasa City. On the way, you'll visit Cypress Nature Reserve Area and enjoy Mt.Namjia Bawa (7,700m), Lulang Forest, Midui Glacier, Ranwu Lake, etc. Driving along the beautiful Niyang River, tourists will get to Lhasa and pay a visit to the world-known attractions like Potala Palace, Jokhong Temple and Barkhor Street. Check more details at 10 Days Eastern Tibet Tour to Explore the Natural Beauty 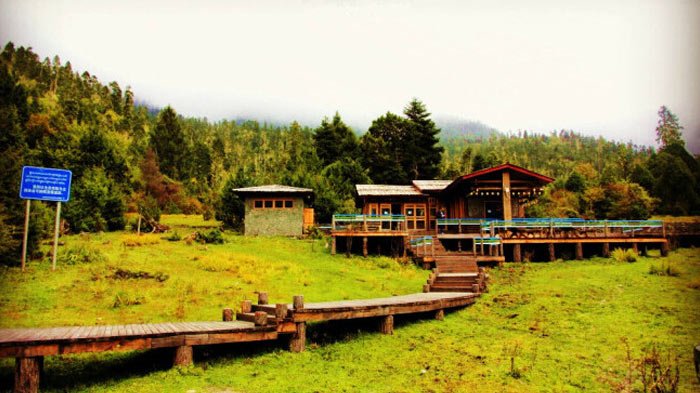 After arriving at Nyingchi Airport, most tourists would like to go Brahmaputra Grand Canyon first. On the way, you can see the roaring river, sand dunes, etc. Driving along the Brahmaputra River, you'll pass over Mainling County and finally get to Nanyi Valley. After appreciating the primeval forest, pastoral scenery and Lhoba customs, you can also pay a visit to Zhagong Valley and explore the origin of Tibetan medicine. See more about Nyingchi tour.

This new terminal will greatly enhance the reception capacity of Nyingchi Mainling Airport and play a positive role in the Belt and Road as well as Bangladesh-China-India-Burma Economic Corridor. By the way, 2017 Nyingchi Peach Blossom Festival will last from March 25 to April 30. If time allows, why not to contact our travel expert to work out your own Tibet Nyingchi trip?

0 Comment ON "Nyingchi Mainling Airport New Terminal Put into Use on March 6th, 2017"