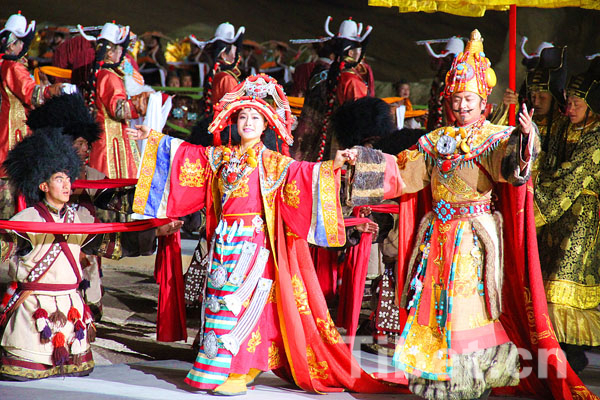 The drama, integrated with drama, music and dance, narrates the stories about Princess Wencheng in China's Tang Dynasty (618-907 A.D.) and her marriage with Songtsan Gampo, king of Tubo Kingdom over 1, 300 years ago.

Since its premiere in August 2013, the drama has received over 210,000 audiences with a box office earning of over 29 million yuan (4.6 million US dollars).

The drama is the grandest one in China on the plateau, which will also bring a visual feast to tourists at home and abroad, said Tsering Dondrup, vice director of Promotion and Cooperation Office in Tibet Tourism Bureau.