A staff member uses a glue stick to fix a worn-out ancient Tibetan classic in Lhasa , capital of southwest China's Tibet Autonomous Region(go to how to get to Tibet), Feb. 10, 2012. In 2006, two renowned temples in Lhasa, the Sera Monastery and the Jokhang Temple (if you want to know more about these temples in Tibet, please return to tibettravel), invested three million yuan (about 476,910 U.S. dollars) on a studio that dedicates itself to the preservation of ancient Tibetan classics. So far the studio has restored and published 328 classics kept in the Potala Palace, the Sera Monastery and the Norbu Lingka Palace, covering a range from Buddhist scriptures to traditional Tibetan medicine, while digital versions over 3,000 classics have been made for future publications. 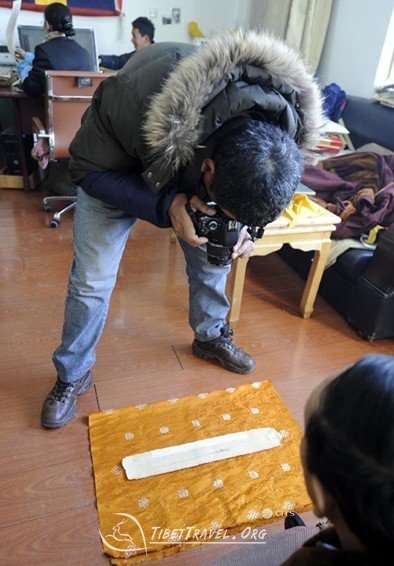