Gai Jatra, also known as Festival of Cows, is one of the most important festivals in Nepal. It often falls in Nepali Bhadra month (August to September in Solar Calendar) and continues for eight days. Gai Puja is mainly held by the Newar community in Kathmandu valley to commemorate the dead in the last year. However, different from any other memorial ceremony in the world, Nepali Gai Jatra is celebrated as a happy carnival. During this interesting festival, you'll have the chance to experience Nepali traditional singing, stick dancing, unique comedy, etc. 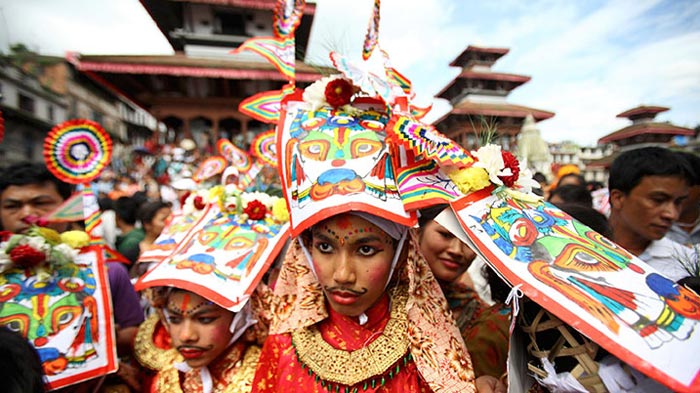 Tracing back to the 17th century, Nepal King Pratap Malla lost his young son. The queen was immersed in the great misery and cried all day long. In order to cheer the queen up, the king held this cow festival. The folks dressed in the colorful costumes and the decorated cows symbolized the dead in this year. The king just wanted the queen to understand that she is not the only one who lost relatives and so many people have also lost their loved ones. Death is a natural phenomenon and no one can change it. The cow procession, drum music, masked dances became the highlights in this carnival. The queen eventually smiled and accepted the loss of her son.

Celebrations of Gai Jatra in Nepal

According to the ancient legend of Hinduism, Yama, the God of Death, would send the black crows to guard the entrance to the heaven on this day. Just outside the gate, hundreds of thousands of souls are waiting to accept Yama's judge and their reincarnation is totally determined by the merits they have earned. In mythology, the road to heaven is extremely difficult to follow and the deceased still need to go across the burning river. Most Nepalese believe that if their relatives could catch the cowstail, the journey to heaven would become much easier. And the gate of heaven is only open to the dead for only one day in the year. Therefore, every family who have lost loved ones during the last year must participate in this grand cow procession in Kathmandu. 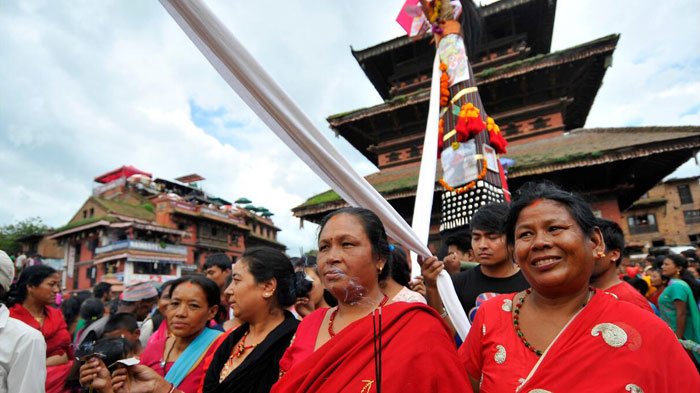 In the early morning, local Newars give a bath to the cow, especially cleaning their tails. Then the cows are decorated with red Tika and beautiful garlands. After those rituals, the cow processions begin to parade around the whole Kathmandu valley. If the cow is not available, young boys will dress up as cows to pray for the dead. During the boisterous marches, they will deliberately walk through the temples, the statues of the gods and other sacred places. When the parades pass by, many people will offer the food, gift and petty cash to the cow owners and the cow-like boys. It's believed that this kind of giving will bring them good luck in the following days. 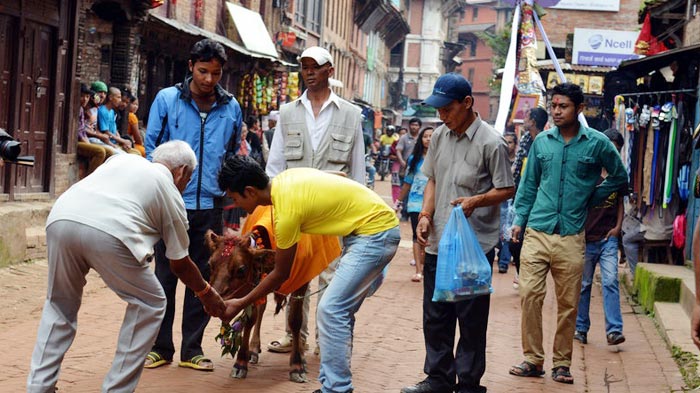 Nepalese are treating the sacred cow with delicious food.

Behind the cow processions and young boys are the happy choir. You'll see older men indulge in their own worlds and chant religious hymns vigorously. And then here comes the worship team. Actually, it's really difficult for you to tell the pedestrians from the parades. At that time, the narrow streets are packed with people and all the faces are filled with happiness and sincerity. 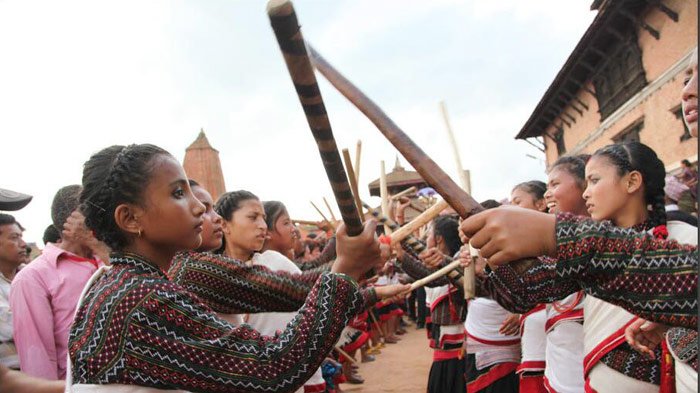 Of course, the music band is an indispensable part for the festival of cows. And the music instruments vary from Nepalese traditional drum to western trumpet and modern electronics. It's said that the festive music can not only appease the God of Anger, but also scare the evils away. With drums beating and cymbals clashing, Gai Jatra reaches its climax. 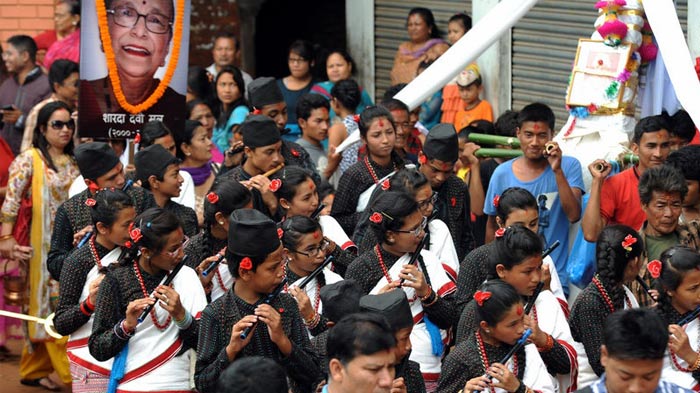 Nepalese are fluting to commemorate their relatives.

Gai Jatra is a traditional festival for Newaris and prevails in the three ancient cities in Nepal, namely, Kathmandu, Patan and Bhaktapur. The details of the celebration may be different, but the core of the festival of cows is exactly the same. If you are planning a visit to Nepal during August to September, Gai Jatra is something you shouldn’t miss. Participating in the cow procession will let you get closer contact with local Nepalese and know more about Nepal festival culture. Please feel free to contact us for more about Nepal.