Kham Tibet Tour covers most interesting tourist sites in Kham Area, one of the three traditional Tibetan areas (U-Tsang, Kham and Amdo). Kham Area in the east of the Tibetan Plateau spreads across 4 provinces of China, largely in Tibet Autonomous Region and Sichuan Province, with small portion in Qinghai and Yunnan provinces.

The tough Khampa men, exciting horse racing, unique ethnic culture and natural beauty of verdant grasslands, craggy mountains and pure rivers attract numerous travelers to make a trip to the Kham Area. There are significant differences in traditions and beliefs—even physical appearance--between the peoples of Kham and other Tibetans. Many carry traditional swords and walk with a swagger, but are ready to invite you into their yak-hair tents for a cup of butter tea.

Kham has a rugged terrain characterized by mountain ridges and gorges running from northwest to southeast. Numerous rivers, including the Mekong, Yangtze, Yalong Jiang, and the Salwee flow through Kham. If you are interested in seeing wild Tibetan animals in their natural habitats, attending horse festivals, circling the holy Mt. Kawa Karpo, staying with nomads, visiting small monasteries, camping, and bird watching in the forests, Kham Tibet tour is just for you. 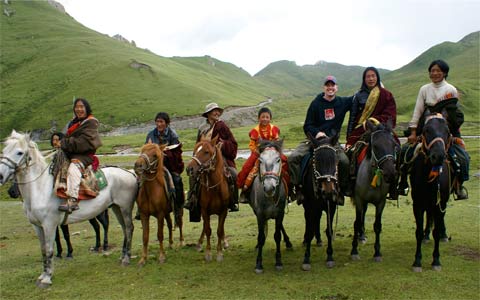 This tour is designed for you to explore Kham Tibet Area by horse riding. Shunjiang village in Songpan County along the road to Jiuzhaigou is a small village ignored by many visitors, but it attracts more and more foreigners with its unique horse ridi 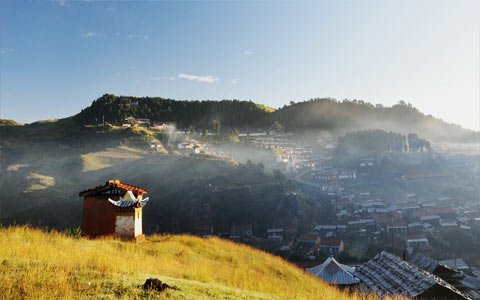 This Kham Tibet Overland Tour will take you to explore the Sichuan, Gansu & Qinghai Tibetan Area, specifically taking in Aba in Sichuan, Southern Gansu and Tongren in Qinghai. Highlights of this tour are Flower Lake, Langmusi temples, Xiahe Labrang mo 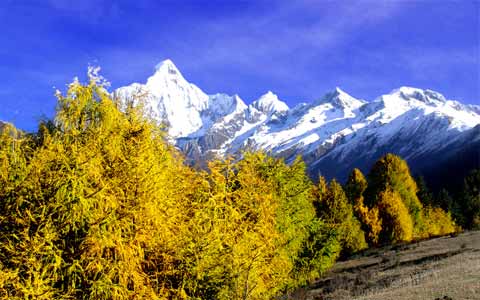 Mt. Siguniang or Mountain Four Maidens is repueted as the Oriental ALPs. Trekking in the valleys of Mt. Siguniang is a wonderful way to get close to the breathtakingly beautiful natural scenery, the alpine lakes, snow capped mountains, primitive fores 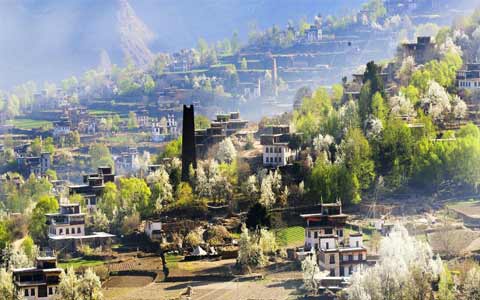 This Sichuan Kham Area loop trip starting from Chengdu to Hailuogou, Kangding, Danda and Rilong will show you the 'king of Shu mountains' Gonggar Glacier, beautiful Tagong grassland, the East Alpine-Mt. Siguniang, and the lovely Giant Pandas at Wolong 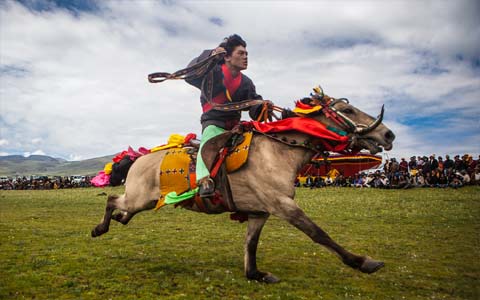 This tour is designed for you to experience the exciting Litang Horse Racing Festival held from Aug. 1 to 7 each year. The Tibetan horse races and athletic competitions attract thousands of tourists to the Litang grassland dotted with colorful Tibetan 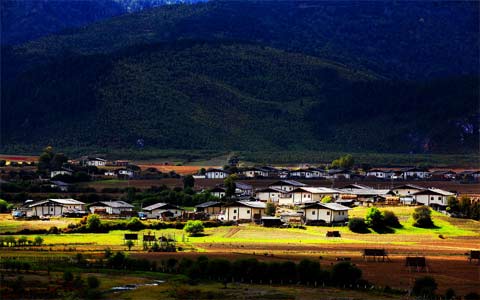 10 Days Looking for Shangri-La, the last piece of pure land on the blue planet

This Daocheng, Yading, Shangarila overland tour will take you to explore the Sichuan and Yunnan Kham Area. You will not only witness the colorful minority culture and their admirable lifestyle, but also be amazed by the incredible natural beauties and 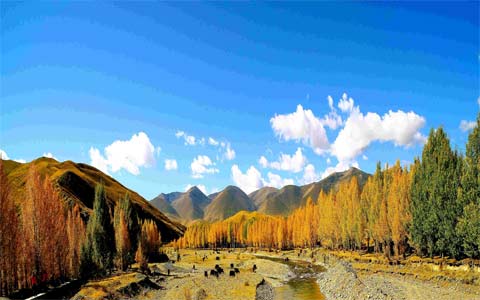 This tour will take you to visit the last Shangarila, Daocheng Yading with well preserved natural scenery and unique Tibetan culture, three holy peaks popular among local Tibetan people, ancient watchtowers in Danba and Jiaju Tibetan village, the most 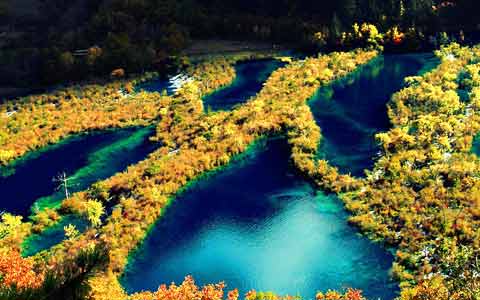 This tour is designed for you to explore the Sichuan Tibetan area. You will enjoy amazing natural sights and unique Tibetan and Qiang customs of these areas. 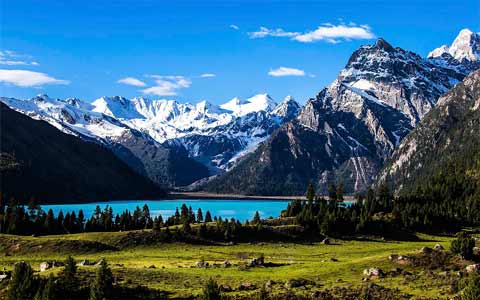 Your journey will take you to numerous sites such as Basomtso Lake, Bayi, Pomi, and Rawuk lake. During your journey you will explore the most ancient monasteries in eastern Tibet. Then you will proceed to Pangda airport and fly to Chengdu. 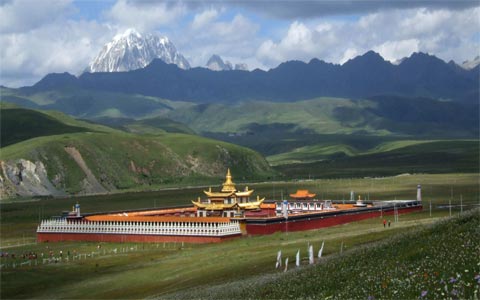 This tour focuses on the Ganzi Tibetan Area with amazingly beautiful landscape and unique culture and customs. The chains of snow capped mountains, the clear highland lakes, the almost non-commercialized Tibetan customs will definitely impress you.

This Lhasa to Kham Loop Route starts from Lhasa to eastern Tibet, north Sichuan Tibetan via the Sichuan-Tibet Hwy, then to Chamdo, Nagchu and Namtso, at last back to Lhasa. You will enjoy different sceneries and have a great Tibet culture experience.

Tailor-made your Own Tour within 24 hours. 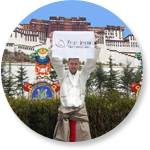 Simply express your tour needs, we’ll customize a trip plan for you. No deposit is required until you are totally satisfied with the trip plan.

Click to enquire this ship or read its info of cabins, plan decks, and more details.