Zhangzhung (also known as Shang Shung or Xang Xung in Tibetan Language) was an ancient cultural and political kingdom of western Tibet, predating the culture of Tibetan Buddhism by 400 years. According to the research, related with the Bon religion, Zhangzhung culture also has a profound influence on the concepts and actions of Tibetan Buddhism. In ancient Tibetan document, Zhangzhung is considered as the original rulers of western Tibet. Only in the last two decades, the experts have got chances to do research at the areas once dominated by Zhangzhung .

Extent of the Zhang Zhung Kingdoms 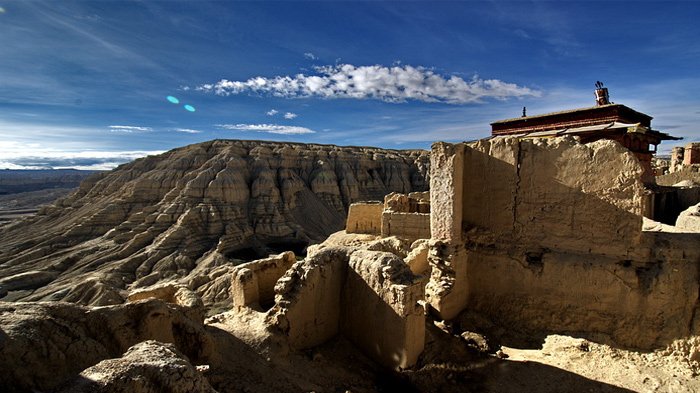 Khyunglung (the "Silver Palace of Garuda"), the capital city of Zhangzhung, is located at southwest of Mount Kailash and identified with palaces found in the upper Sutlej Valley. On the shore of Lake Dangra, a towering fort named Chugtso Dropo was established by Zhangzhung, from which they exerted military power over the surrounding district in central Tibet. Undergoing through thousands of years’ weathering, Zhangzhung has been badly destroyed. The upper part still kept the original color of Toling, while the lower part is silver. Maybe that’s the reason why it is called Silver Palace of Garuda. Even if the glory has gone, you would definitely be amazed by the magnificent ruins. 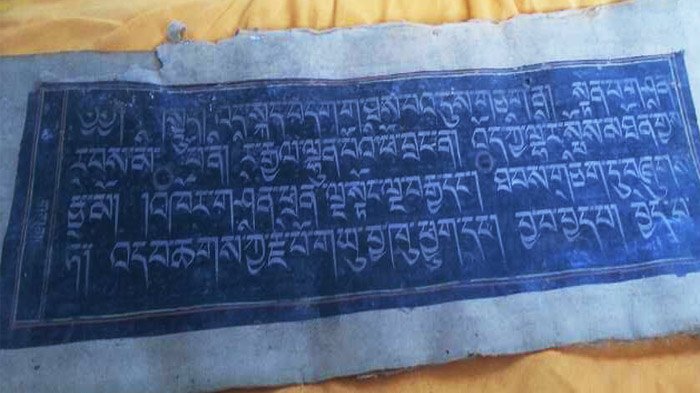 It is generally considered that Tibet had no written language until King Songtsen Gampo. But there are some stories showing that a millenium prior to Songtsen Gampo, Tonpa Shenrab had taught the calculation of astrology, medicine and other teachings in Tibet. It is also said that he invented the first writing, which did not exist before him.

In order to advocate its rich cultural heritage, Zhangzhung Cultural Festival has been established by the local government. Here you can take part in a series of local activities like the competition of tourism photography, cultural tourism forum, etc. The festival lasts about the whole month in August, from which you can experience Ngari unique customs and get a deeper understanding of Zhangzhung culture. Besides, you can experience the original living styles and customs which can be traced back to Zhangzhung dynasty such as following the kora around Mt.Kailash and Lake Manasarovar, hanging the colorful prayer flags, piling marnyi stone and so on. 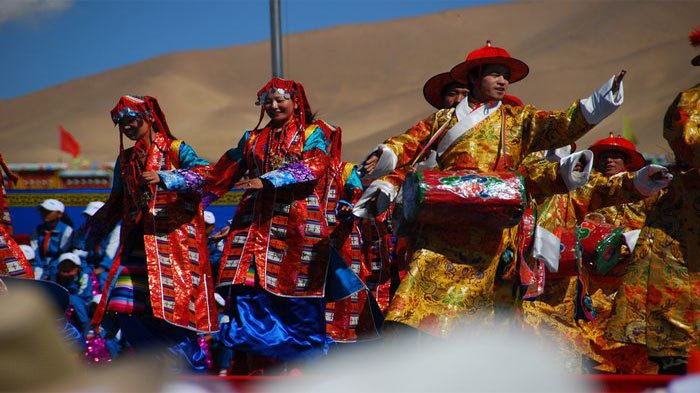 Amazed by the mysterious legend of Zhangzhuang Civilization? Actually, Ngari, the roof of the roof of the world, has more to offer. Join-in our classic Ngari Kailash tour, you can not only got the chance to explore the Zhangzhuang Kingdom, but also make a pilgrimage to Mount Kailash and Manasarovar Lake with pious devotees, pay a visit to Guge Kingdom, capture the jaw-dropping view of the rolling Zanda Earth Forest, enjoy the starry night at Ngari Observatory National Park, etc.