Why and How to Take a Lifetime Mount Kailash Yatra or Pilgrimage?

Kailash Manasarovar Yatra is the most famous pilgrimage tour in Tibet, which is known for its religious value, cultural significance, physical beauty, and thrilling nature.

Why there are thousands of pilgrims dream to take the Kailash Manasarovar Yatra once in a lifetime? How to make this dream come true?

Here we are going to solve your problems.

What is Kailash Manasarovar Yatra

How Difficult is Kailash Manasarovar Yatra

How Much does Kailash Manasarovar Yatra Cost

For Cleaning Sin and Getting Good Fortune

Each year, thousands of pilgrims decide to take the Kailash Manasarovar yatra, hope to relinquish their past deeds, cleanse out their sins, and get a good fortune from the Holy Mountain and sacred lake.

Known to the locals as Kang Rinpoche, the mountain is sacred to the believers of four separate religions - Hindu, Buddhist, Jain, and Bon. It is the destination for all these pilgrims.

The Tibetan religion of Bon believes Mount Kailash to be their ancient spiritual seat of power. Meanwhile, in Jainism, Kailash referred to as Mount Ashtapada, is the place where the creator of their faith, Rishabhadeva, attained freedom from the cycle of life and rebirth.

The Lake Manasarovar, 32 km away from Mount Kailash, is also the sacred lake in the 4 regions. Pilgrims, especially the Hindus, believe that bathing in the holy lake or drinking its water can wash away all the sins of one’s life, leaving him/her clean and pure again.

For Experiencing the People with the Most Devoted Believe

If you are interested in the religious culture of Tibet, you can feel the power of local faith during Kailash Manasarovar Yatra. You can meet local pilgrims who come from all over Tibet to do the kora. Everyone has his/her own story and the reason to do the yatra. You can listen to them tell their stories.

For Witnessing the World Center among Asia Religions

Located in the remote west of Tibet, Mount Kailash is considered to be the center of the universe.

The area of Mount Kailash and Lake Manasarovar is also the source of four of the major rivers in Asia, the Sutlej River, the Brahmaputra River, the Indus River, and the Ganges River. All four rivers have their sources within 100 km of the mountain and are the habitats of many local species of birds, wildlife, and plants.

And Lake Manasarovar, even not the highest lake in Tibet, is the highest freshwater lake in the world. It is widely regarded as one of the most beautiful lakes in China with massive Himalayan peaks surrounded. Also, you can enjoy a great view of Mount Kailash from the lakeside. 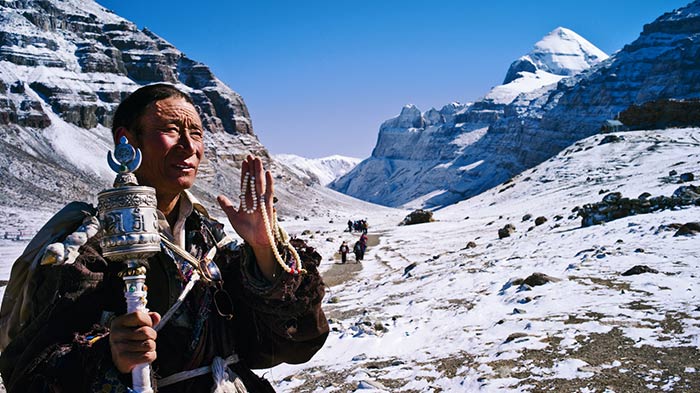 A devout pilgrim is doing Kailash kora with a prayer wheel

What is Kailash Manasarovar Yatra

The length of Kailash kora is about 56km and the average altitude is nearly 5,000 meters. The terrain is quite dangerous and rough. You need to complete the kora on foot, so it is important to have the strong physical fitness to get over altitude sickness.

Also, you need to prepare for the poor accommodation, food, and other services of local hotels, which cannot be compared with the same services in Lhasa.

Pilgrims believe that to take the Manasarovar yatra after a Kailash kora is the way to complete the final purification of their soul.

The complete kora around Lake Monasarovarar covers about 110km, which takes 3 to 4 days by trekking or 2 to 3 hours by driving. 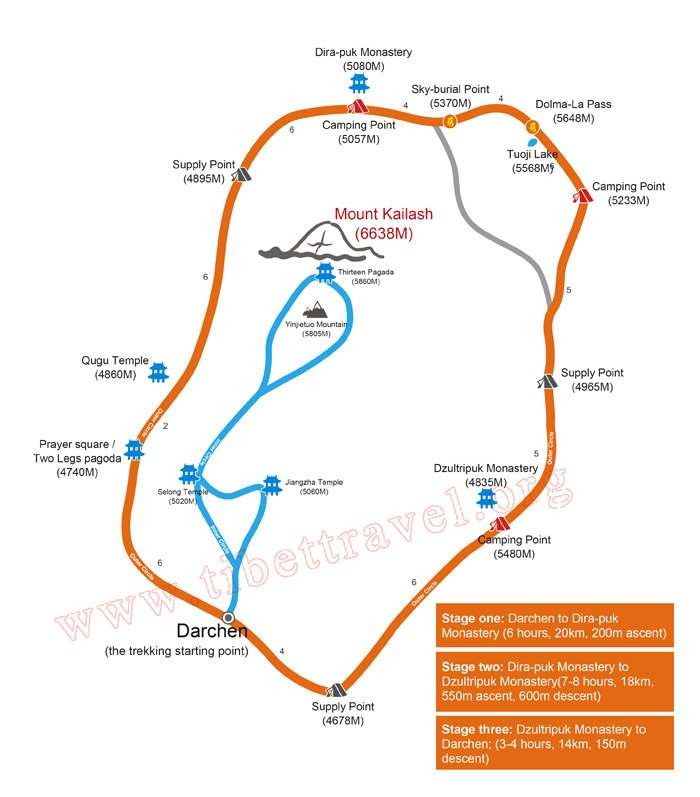 How Difficult is Kailash Manasarovar Yatra

Kailash Manasarovar Yatra is a physical and mental challenge for both pilgrims and ordinary tourists.

While taking the Kailash kora, you have to trek on your own at an average altitude of 5,000 meters and pass through the Drolma La Pass at an altitude of 5,630 meters. Even though you can take a car around the holy lake, the very primitive and basic accommodations, camping, or guest houses, don’t make the yatra a very easy experience.

Although it is a strenuous trek, we do our best to provide you with the most comprehensive coverage possible. The professional guide and the local driver will take you safely to Mount Kailash and Lake Manasarovar. Our local guides all have many years of experience in Kailash Manasarovar yatra. They are familiar with the terrain and are professionally trained to know how to deal with the possible altitude sickness during the kora.

How Much does Kailash Manasarovar Yatra Cost

The Mount Kailash and Lake Manasarovar tour can be considered of the most expensive itineraries in Tibet. The high price is not because of how advanced the accommodation and other conditions are, but because the transportation cost is higher due to the long way to the holy mountain from Lhasa.

The general 15 days Mount Kailash and Lake Manasarovar tour costs around 1880USD per person, based on the 3-star hotel standard in a group tour. If you take a customized private tour, the price may be higher. You can contact us and get a specific quote for your ideal trip.

The best time to visit Kailash and Manasarovar for the Yatra is from mid-May to October, as the climate conditions are best for the long treks across the plateau.

During these particular months, the weather conditions are normal enough to let you experience the astounding scenery of the Tibetan landscape.

The weather is considerably stable and visibility is at its best, which makes it the finest time of the year to see the peak of the holy mountain.

But please note that no matter which month you travel to Mount Kailash, please take a down jacket with you. Because of the high altitude here, even in summer, the temperature at night is relatively low. Every year, thousands of pilgrims throng to Mount Kailash. Some pilgrims even venture a much more demanding regimen, performing body-length prostrations over the entire length of the circumambulation. To some extent, Kailash Mansarovar Yatra is the ultimate destination for every pilgrim.

Moreover, many ordinary tourists also want to get a glimpse of Mount Kailash and Lake Manasarovar. To follow the yatra route, you can enjoy the unending stretches of barren land, lush green valleys, snowcapped peaks, and pristine blue lakes. It is absolutely an experience of a lifetime.

It takes 3 days to finish the kora around Mount Kailash, while another 3 to 4 days by trekking or 2 to 3 hours by driving around Lake Manasarovar.

May to October is the best time to take Kailash Manasarovar Yatra, during which the weather is perfect for outdoor trekking.

The cost of Kailash Manasarovar depends on many aspects, such as your travel time, your travel length, your hotel standard, etc. To help you arrange your dream trip to Mount Kailash and Lake Manasarovar, our professional Tibet travel consultants are ready to serve you. 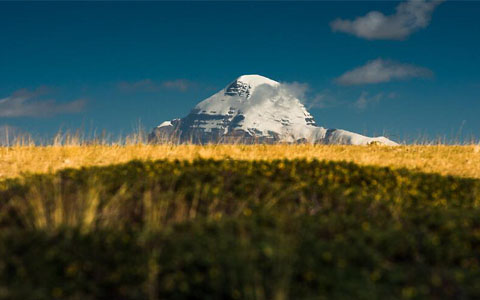 Mount Kailash Tour Cost: How Much to Cost for a Mt Kailash Trip? 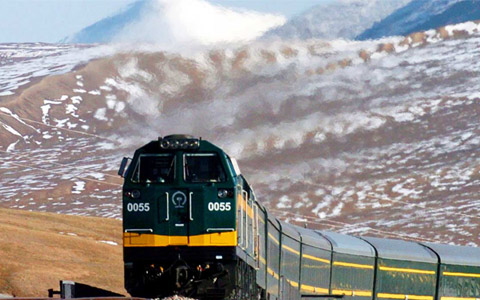 How to Get to Mount Kailash: the ultimate guide for 2023 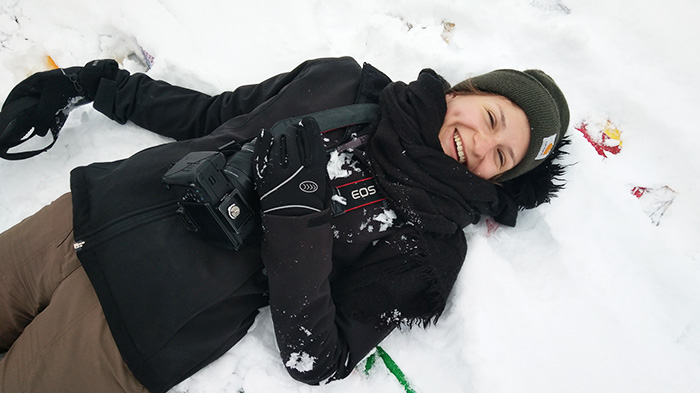 Altitude of Mt. Kailash Tour or Kora and How to Avoid the High Altitude Sickness 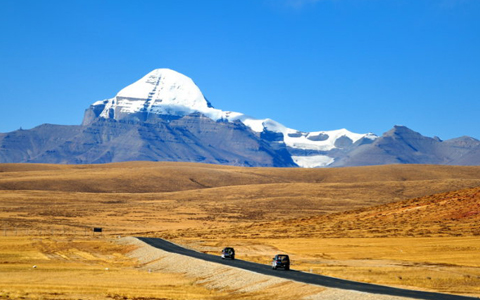 How to Plan a Mount Kailash Trek Tour 2023? A Step by Step Guide 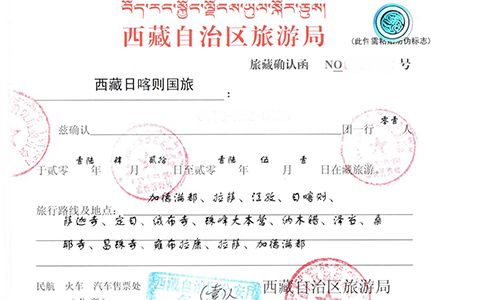 Mount Kailash Travel Permit
Have a Question?
Leave your question here or email our travel experts directly at inquiry@tibettravel.org

0 Comment ON "Why and How to Take a Lifetime Mount Kailash Yatra or Pilgrimage?"