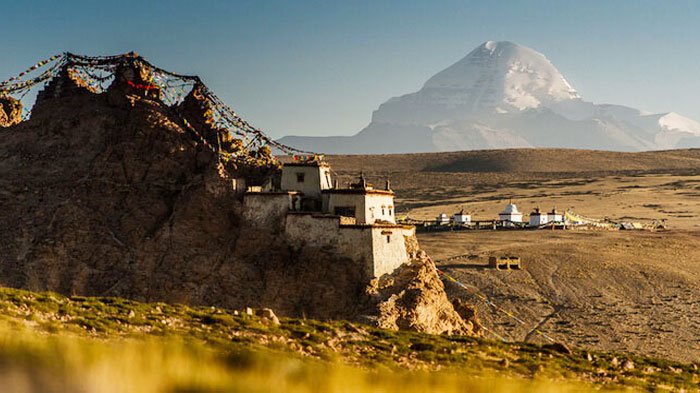 Swarms of pilgrims and tourists are appealed by Mt.Kailash and visit Ngari prefecture every year. There are five monasteries on the Mt.Kailash trekking, namely Choku Monastery, Drirapuk Monastery, Zutulpuk Monastery, Selung Monastery and Gyangzha Monastery. Choku is the first monastery on Mt.Kailash outer kora, while Selung and Gyangzha are situated on the inner kora. Those monasteries were decorated with various kinds of statues,sculptures, thangkas and other Tibetan cultural items. However, having undergone through years of weathering, all the monasteries with different mystery and legends suffered some damage to different extent. Fortunately, they still can provide basic accommodation for sincere pilgrims and tourists on the trekking. 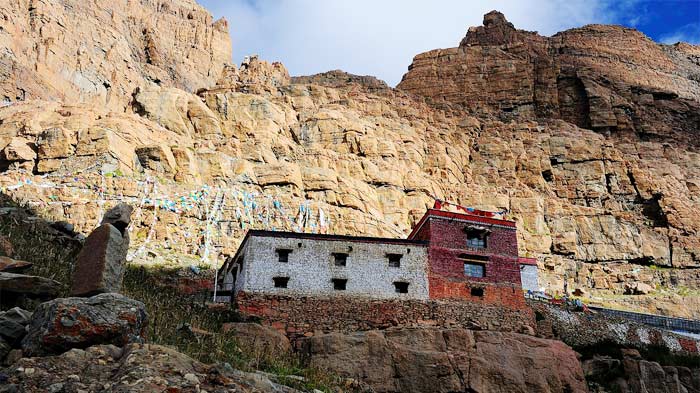 Choku monastery(4,875m), also named Nyari monastery, is the first monastery on the outer circuit for visitors trekking around Mt.Kailash. Established by the Drigungpa in the 13th century, it got its name as Choku Rimpoche, the Buddha of Boundless Light, was enshrined in this monastery. Choku monastery with some mysterious legends has three objects of interest to pilgrims Choku statue, the conch shell and the teapot.
It’s said that an invading army attempted to steal those three objects away in the 17th century. However, the gods exert their magic power to stop them successfully. The statue became so heavy that the army couldn’t carry it away and only had to abandon it by the riverside. The conch shell with magic flew back to Choku monastery automatically. Boiled in the teapot, the tea turned to be blood. The invading army went away empty-handed. 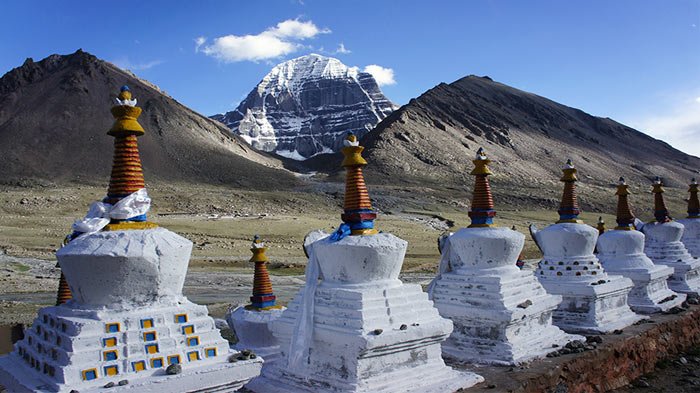 Rows of white stupas in front of Drirapuk Monastery

Drirapuk Monastery(5,210m) is the place where visitors always spend their first night after trekking the outer kora for an arduous day. Since the original construction was ruined, the existing monastery was reconstructed in 1986. Now Drirapuk monastery could provide simple food and basic accommodation for visitors . Here you can not only enjoy the sheer icy north face of Mt.Kailash, but also explore the profound Tibetan Buddhism culture through the precious statues and historical relics stored in the monastery. 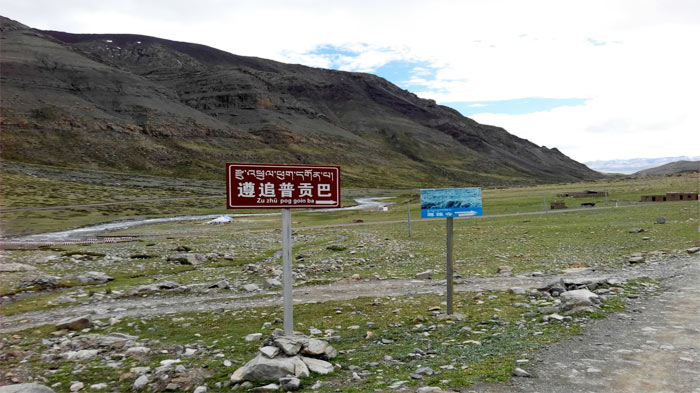 on the way to Zutulpuk monastery

Zutrulpuk Monastery(4,790m)  is only about 11.3 kilometers away from Tarchen – both the starting and finishing point for the kora around Mt.Kailash. Getting here successfully, the trekking is almost completed. You can choose to go ahead back to Tarchen or spend the second night here and finish the rest on the third day. Compared with Drirapuk monastery,  the accommodation of Zutrulpuk monastery is relatively better. The natural landscape is really amazing. 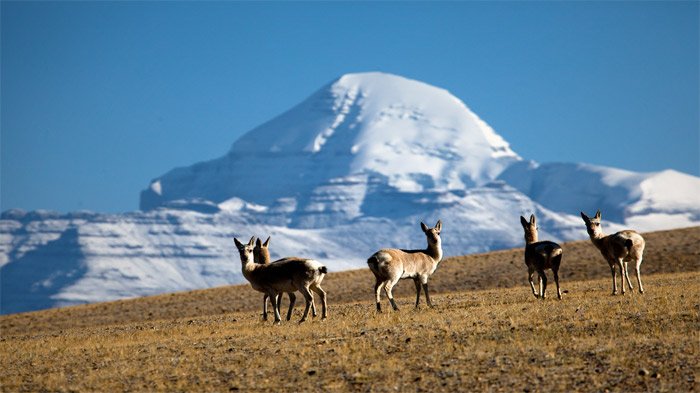 Getting a closer look at natural swastika on the inner kora

Selung Monastery(5,000m) is the first monastery which you would encounter on the inner circuit. Several hundred years ago, it was built as a meditation for the moknks. Trekking along the west of Mt.Yinjietuo from Selung monastery till the foot of saint mountain where you can see the natural swastika formed by big ice cracks on the south face of Mt.Kailash and rock bed traces at the hillside. Further ahead, the 13 golden chortens come into view, where relics of the former Gyangdrak administrators were enshrined. 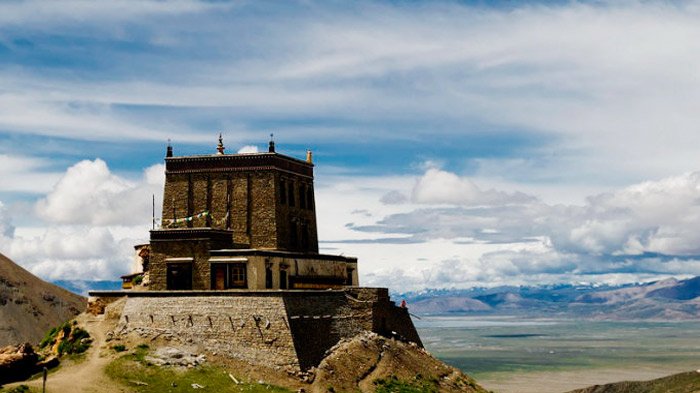 Gyangzha Monastery(5,075m) was established at the early 13th century as the first monastery in the Mt.Kailash region. It is considered as the oldest and most important monastery in Western Tibet. Before arriving at Gyangzha monastery, you need to trace down from the east face of Mt.Yinietuo, back to Selung temple and move east towards the 5300-meter-high pass.