To many international tourists, travelling to Tibet by flight has been one of the popular means, next to Qinghai-Tibet Railway. Overall, there are five airports scattered in 5 of the 7 prefectures of Tibet, i.e. Lhasa Gonggar Airport (3600m), Nyingchi Mainling Airport (2949m), Chamdo Bangda Airport (4334m), and Shigatse Peach Airport(3782m) and Ngari Gunsa Airport (4274m). Normally, tourists will enter Tibet via Lhasa Gonggar Airport and Nyingchi Mainling Airport. 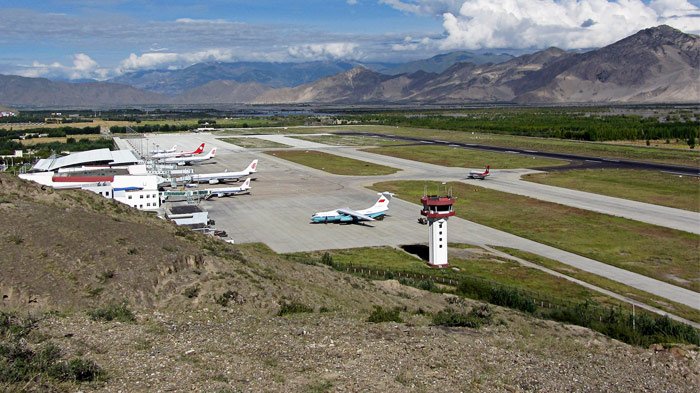 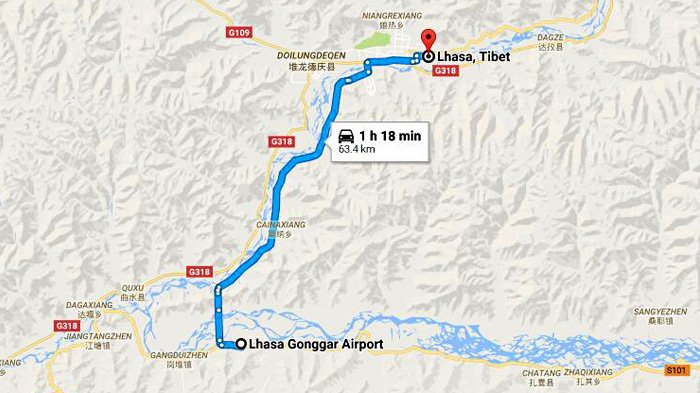 International Flight to Lhasa Gonggar Airport:
Currently, there is only one international flight available in Tibet, which is Lhasa—Kathmandu, run by Air China and Sichuan Airline. 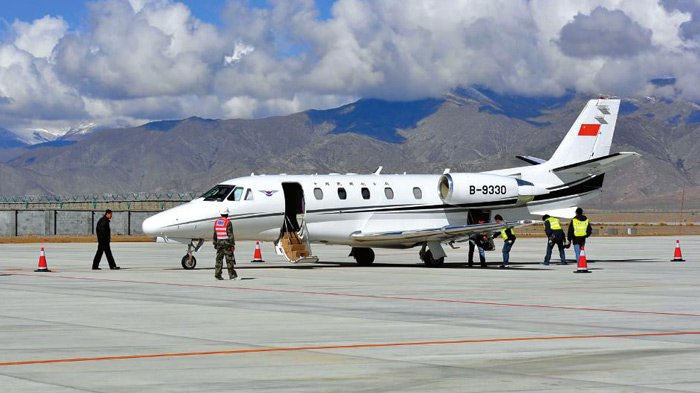 A small plane touches down in Shigatse Peace Airport.

The entire terminal covers an area of 4502 sq meters, with 5000 meter runway, made of concrete. Besides, the airport arms with 3 aprons, built in line with ICAO standards C category, capable of handling airplanes for civil aviation such as Airbus A319 and Boeing 737. 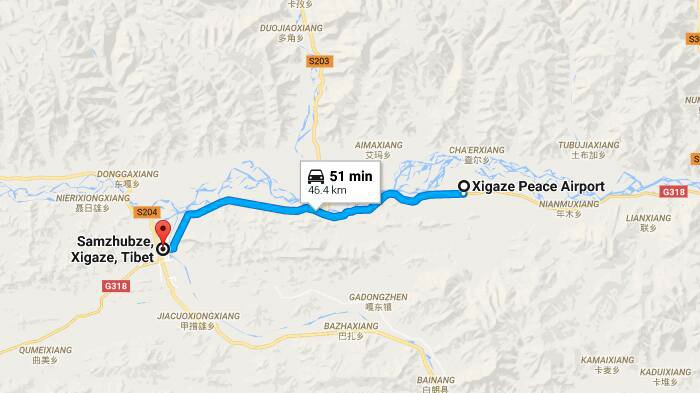 Mainling Airport in Nyingchi is situated in the winding valleys, around 120km south to the Yarlung Tsangpo River, or 400km away from Lhasa. The distinct topography, changeable weather and dense clouds, lush forest and ample precipitation make it the most difficult airway in mainland China. Normally, airplanes only take off in the morning to avoid terrible turbulence. 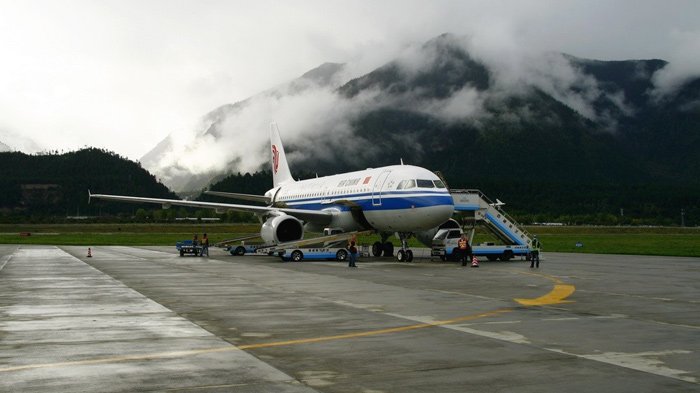 However, given the low altitude in Nyingchi (with an average altitude of 3000m), to some Mainling Airport has often been considered as a prioritized airport to enter Tibet and gradually acclimatize to the high altitude. 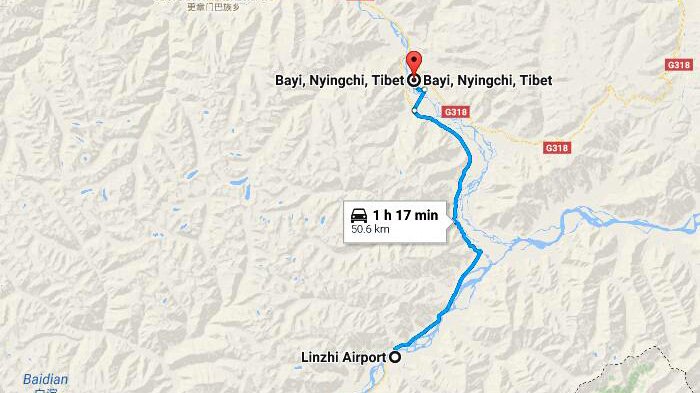 To the southwest of Shiquanhe around Gar Tsangpo Valley lies the Gunsa Airport. The runway of the airport measures 4500 meters long and 60 meters wide, and can meet the fly and landing requirement of planes like Airbus A319, etc. While the airport terminal has 3900 sq meters. 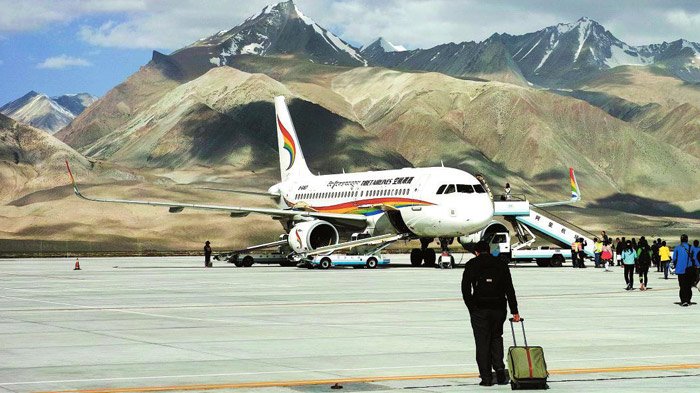 Passengers are ready to board the plane in Gunsa Airport in Nagri.

Gunsa Airport was put into use July, 1, 2010 and served as an important aerial gateway to enter western Tibet, next to Lhasa Gonggar Airport, Chamdo Bangda Airpor and Nyingchi Mainling Airport. 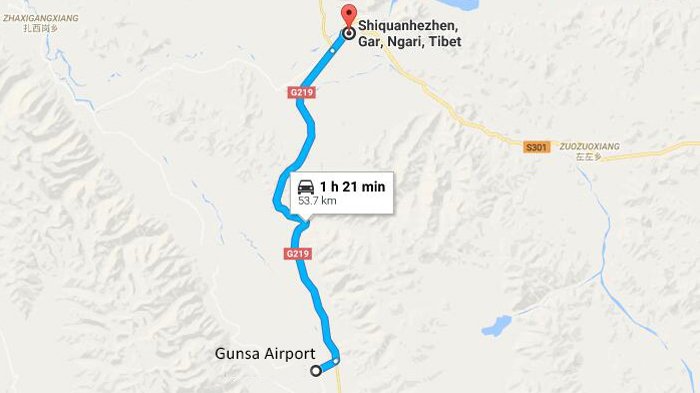 Travel from Gunsa Airport to Shiquanhe, the largest settlement in Ngari

With an altitude of 4334m, Bangda Airport is highest Tibet airport for civil aviation in China. Built on the well-known Bangda grassland in eastern Tibet, Bangda Airport is equipped with 5km runway and it’s about 126km to the nearest city. 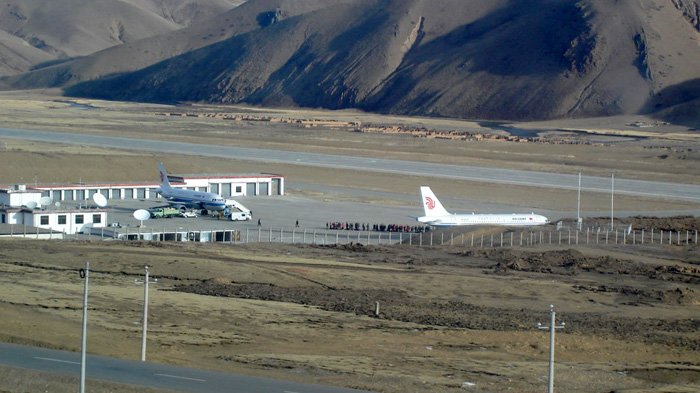 The hostile environment, with an average annual temperature of minus 2.9 Celsius, the lowest one ever recorded being minus 42 Celsius and 2-meter permafrost and strong turbulence (up to 30 meter per second) , labels the airport as one of the most challenging and difficult environment for pilot. 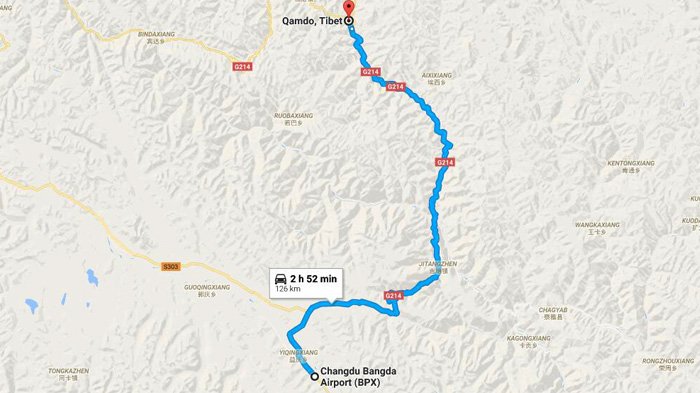 Travel Tips: The flight delay or cancellation often occurs due to the unstable weather condition in Chamdo. And some may have symptoms of altitude sickness like shortness of breath and headache given the high altitude. If you decide to take a taxi from Chamdo city to Bangda Airport, it costs around 250-300 Yuan because of the long distance of around 130km.

More Things to Know about Flight to Tibet