Kathmandu to Beijing: How to Get to Beijing from Kathmandu?

Traveling from Kathmandu to Beijing is a journey of more than 5,000 kilometers, across the entirety of China, from west to east. One of the most epic journeys you can take, this massive endeavor is one of the most spectacular trips in Asia and is worth taking to discover the differences in the two major capitals.

Getting to Beijing from Kathmandu is a massive task, even if you are taking the flights, and for those intending to travel overland, it is a phenomenal journey of exploration and discovery that will leave you awestruck.

Get to Beijing from Kathmandu By Flight 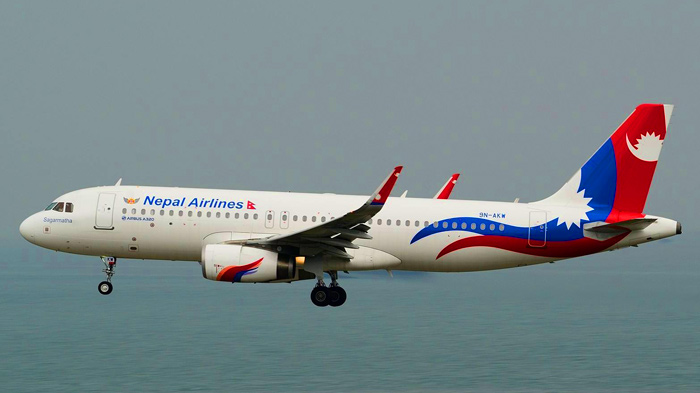 Taking flight to Beijing is the fastest way

Flights range in duration from 7 hours 50 minutes for the fastest flights through Chengdu to as much as 30+ hours if the flights has multiple stops in places like Kunming, Hefei, and Shanghai. More than 20 connecting flights leave Kathmandu’s Tribhuvan International Airport every day of the week, and majority are only one-stop flights.

The cost of the flights can vary depending on your departure date and where the connecting stop is, with the cheapest flights costing around US$ 314 for a single economy ticket. Prices can also be as much as 700 to 800 US dollars for some flights, especially in the summer months or during the first week in October, which is the popular time for the Chinese to take their vacations. If you are planning on taking flights to Beijing, it is best to book as early as possible at these times, and the comparison websites are a good source of cheaper and discounted tickets.

Get to Beijing from Kathmandu By Overland/By Train

If you are looking at making one of the most epic journeys of your life, then taking an overland trip from Kathmandu to Beijing is the option for you. Planning the trip can be a little hard, as you will need to cross between countries, as well as cross the Tibetan plateau, which does require some specialist arrangements for travel.

How to Travel from Kathmandu to Lhasa

From Kathmandu, traveling overland will take you first to Tibet, the high-altitude region of China that is restricted for international tourists. To get into Tibet, you will need to make arrangements with a professional tour operator like us, Tibet Vista, to book a tour across the region and to arrange the various permits that you will need to travel within Tibet. Independent travel in Tibet is prohibited and requires a pre-booked tour to be able to get the Tibet Travel Permit and other permits for travel across the region.

Once you have booked your tour and received your Group Tourist Visa (which can be valid for travel on into mainland China from Tibet for a period of up to thirty days in total including your time in Tibet) and permits from us, you will be able to travel from Kathmandu to Gyirong Port, the border crossing checkpoint for Tibet, where your guide will meet you with the required private driver and vehicle. 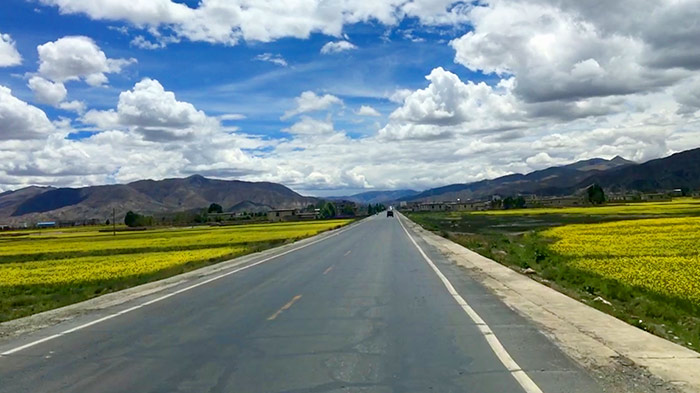 You will cross Tibet Plateau by driving to Lhasa from Kathmandu

Your travel across Tibet will be in the form of a tour, and you will get to see some of the incredible sights of the Tibetan plateau, including Mount Everest and the ancient Tibetan capital, Lhasa. Along the route, which follows the Sino-Nepal Friendship Highway, you will also get to visit the second city of Tibet, Shigatse, with its stunning Tashilhunpo Monastery, the seat of the Panchen Lama, the second highest incarnation in Tibet.

From Shigatse, you will travel to Gyantse, the home of the Pelkor Chode Monastery, the only Tibetan monastery to house three separate schools of Tibetan Buddhism. Inside the monastery, you will find the Gyantse Kumbum, a massive stupa that stands 32 meters high, and is the largest of its kind in the world. However, this stupa is not of Tibetan design, and closely resembles the stupas found throughout Nepal, and especially at Lumbini, the birthplace of buddha.

Once in Lhasa, your tour will include the sights of the city, such as the famous Potala Palace and the sacred Jokhang Temple, before heading for the train station to make your way to mainland China. Jokhang Temple, the most sacred temple building in Tibetan Buddhism,was built in the seventh century by the ancient Tibetan king, Songtsen Gampo, to house the statue of the Sakyamuni Buddha brought to Tibet from China by the king’s second wife, Princess Wencheng.

How to Travel from Lhasa to Beijing

Trains from Tibet to mainland China run daily to Beijing and take around 40 hours to make the trip. The Lhasa to Beijing train leaves daily from Lhasa Railway Station at around 4:30pm and arrive in Beijing in the morning of the third day. While this may seem like an immense journey, it is one of the most spectacular train journeys in the world and takes you across the vast Tibetan plateau to Qinghai Province, then across eight provinces of China to the capital. 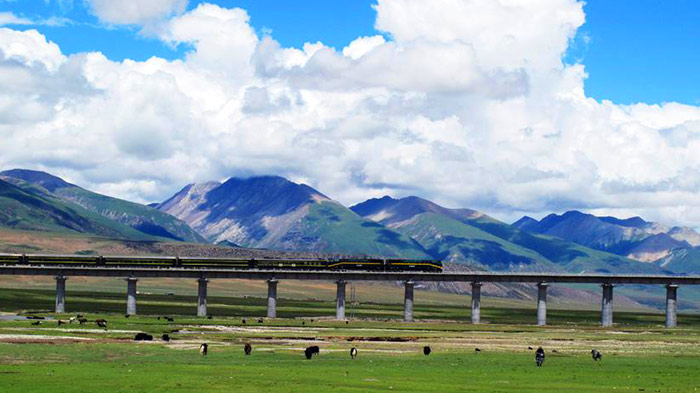 Taking Tibet train to Beijing will offer you stunning landscape

The railway between Lhasa and Beijing was completed in 2006, after several years of construction, and Beijing was one of the first stations in mainland China to operate trains to the Tibetan capital. The train to Beijing covers a distance of 3,757 kilometers, more than one thousand of which are on the stunning Qinghai Tibet Railway, the first railway to link mainland China with Tibet Autonomous Region. The highlight of the journey, for many people, is the stretch from Lhasa to Golmud, where the train reaches the lower altitudes of the edge of the plateau before heading in to Xining.

With so much to see on the train from Lhasa to Xining, there is no better trip to make and no better way to travel across the plateau to mainland China. Crossing the vast expanse of the Changtang Prairie, with its wild antelopes and huge herds of yaks, the train also crosses some of the highest mountain ranges in the world. At the Tanggula Pass, the train reaches the highest railway pass in the world, at an altitude of 5,072 meters, almost as high as the Everest Base Camp in western Tibet.

From Tanggula Pass, you will descend to the famous Kekexili Nature Preserve, one of the largest in China, and then drop down from the Kunlun Mountains to pass by Qinghai Lake before entering Xining Station. AS the train continues to travel eastwards, the elevation drops further, and from Lanzhou, the altitude is closer to sea level, and there is no more chance of altitude sickness. From Lanzhou, the train crosses several provinces on its route to Beijing, including Gansu, Ningxia, Shaanxi, Shanxi, and Hebei, as well as skirting the edges of the vast Gobi Desert.

0 Comment ON "Kathmandu to Beijing: How to Get to Beijing from Kathmandu?" 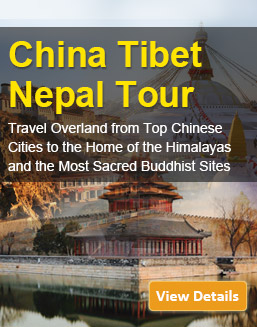