How to Take the Jomolhari Trek like an Expert

If you are the first time to take a trekking tour in Bhutan, the mysterious land known as the last remaining true Himalaya Kingdom, then there can be no better way of exploring this unique kingdom than by experiencing the country’s premier trek, the Jomolhari trek. Usually done as part of a longer sightseeing tour, which includes a visit to the ancient Paro Valley and the Bhutanese capital of Thimphu, this amazing trek is undoubtedly the pinnacle of Bhutanese trekking not just for locals but tourists all over the world, taking you to the most sacred mountain in the kingdom.

The trek itself is one of moderate to hard difficulty, which means that you should have a fairly high level of physical fitness to be able to complete it within the nine days given for the trek. With two passes that extend to more than 5,000 meters above sea level, in some of the kingdom’s most remote terrain, this is not a trek for beginners and novices.

This unique trek takes you through some of the most stunning landscapes in the Himalayas, with the most amazing views of the kingdom’s most sacred mountain - Mount Jomolhari.

What are the differences among Jomolhari trek, Jomolhari Loop trek and Jomolhari Base Camp trek?

There are actually three separate treks that include Jomolhari as the main item on the itinerary, and the other two are the Jomolhari Loop trek and the Jomolhari Base Camp trek. The loop trek is a much shorter trek than the main Jomolhari Trek, and is the shortest of all the treks that include Mount Jomolhari. A 7-day trek that runs in a loop from Gunitsawa Village to Jomolhari and then back to Gunitsawa via Soi Yaktsa and Thombu Shong, it can also be done as a straight there and back trek, for those that want to avoid the high passes and high altitudes. 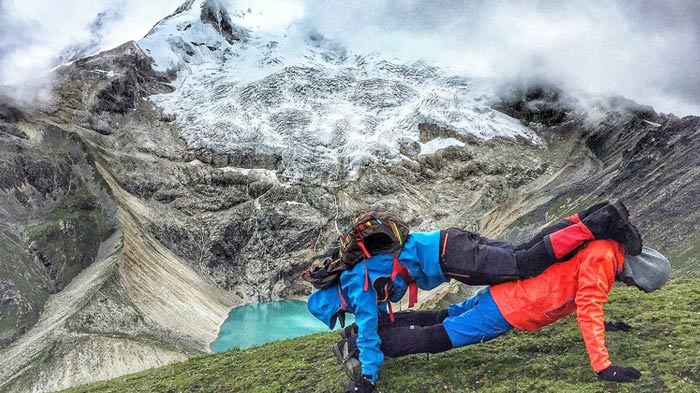 In order to finish the Jomolhari trek, you have should have a fairly high level of physical fitness.

Similarly, the base camp trek is also shorter than the main trek, taking just six days to reach the base camp from Drukgyel Dzong in the Paro Valley and return via the same outbound route. The trek is ideal for novices.

What can we explore according to day by day Jomolhari trek itinerary?

Starting the trek from Drukgyel Dzong in the Paro Valley, the first part of the trek to Sharna Zampa is short, taking less than an hour to the campsite.

Day two is a 7-8 hour trek along the valley as it narrows to a small trail, before descending again to the large open meadow where you will camp for the night. Here you will get your first good view of the sacred Mount Jomolhari.

Another chance to view the mountain as you set off, you travel along the stunning Paro Valley through alpine meadows and scant forests, with views of stunning alpine ridges and the snow-capped peaks of the Himalayas. Yak herders reside in this area of the valley, and you will pass through several villages on the way to the most beautiful campsite in Bhutan, at Jangothang.

Day four is a rest day of sorts, staying another night at the base camp campsite, and giving you the chance to take some short hikes into the upper slopes of the mountains, with great views of Jomolhari and Mt. Jichu Drake, as well as some stunning lakes and mountains.

This day’s trail takes you to one of the last remote settlements in the area, at Lingshi. After the stunning Tshophu Lake, you climb up to the highest pointy of the trek at Bhonte La Pass at 4,890 meters. On the other side, you trek down to the Dhumzo Chhu River, and follow it downstream to the campsite, passing through the tiny hamlet of Soi Yaktsa.

From Lingshi, it is a long day’s trek to Shodu, the next camping ground, climbing first up to the 4,930-meter Yelila Pass, from where you get a great view of Jomolhari, Tserimgang, and Masanggang mountains, before making the steep downhill run to the campsite.

From Shodu, the trail heads to Barshong, following the Thimphu Chhu through primeval forests and past stunning waterfalls. The valley narrows as the path heads up the slopes and you gradually ascend to the awe-inspiring ruins of the famous Barshong Dzong.

The trail today descends again to the valley, passing along the Thimphu Chhu Valley through rhododendron forests, with sparse patches of conifer, maple, birch, and bamboo, to the pasture lands at the bottom of the valley, where you will camp for the night.

A short final day takes you through several areas of dense forests, where you may get to see the local monkeys, known as Langurs, and winding up and down the valley sides to a small pass. As you reach the village of Dodena, you will head down to the road and the cantilever bridge, from where it is a 40-minute hike to the end of the trek at the beautiful Cherri Monastery.

When is the best time to embark on this trek?

While most treks in Bhutan, including the Jomolhari trek, can be done at almost any time of the year, this trek is best done in the main trekking seasons for Bhutan. With elevations that reach almost to 5,000 meters above sea level, April to June and late September to the end of November are the best times to make the trek to Jangothang and back. During these periods, the weather is clear and bright with no constant heavy rains or thick clouds, and the skies are clear for the best views. 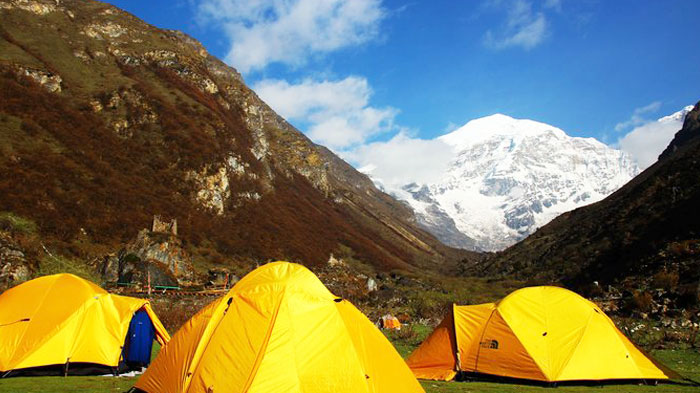 A Jomolhari trek in autumn will offer you an excellent chance to capture the great view of Mount Jomolhari.

Money that the Jomolhari Trek Costs

While treks in most countries can have a different cost, in Bhutan, there is a policy of the Minimum Daily Fee, which is regulated and set by the government for all tourists to the kingdom. All tours in Bhutan are set at a minimum cost of 250 US dollars per day in the peak season, and 200 US dollars per day in the low season. However, this is an all-inclusive cost, and there are no additional fees to pay for accommodation and such while you are in the kingdom. The cost of the tour always includes:

However, the Minimum Daily Fee does not cover your airfare into Bhutan, any personal expenses and laundry costs, gratuities for the guide and driver, internal domestic flights, and our own travel insurance. Click here to know more about Ultimate Guide on Bhutan Trekking Routes Prices and All

What should we pack in advance before taking Jomolhari trek in Bhutan?

What to pack for trekking in Bhutan, especially the comparatively long hike like Jomolhari Trek, largely depends on the season you are trekking in. From March to May and September to November, the weather is mild and even warm across most of the north of the country, and cold weather gear is not really necessary most of the time. However, it can sometimes get a little chilly at night, so a warm sweater or jacket is useful once the sun goes down. 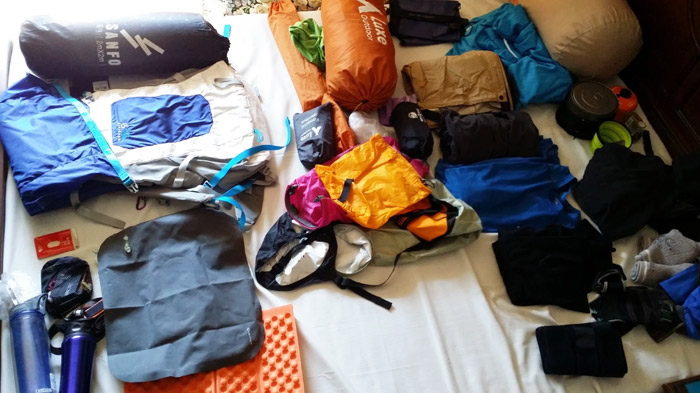 Trekking in the summer months is a little different, as the rainy season in Bhutan runs from June to August. While warmer clothing is not really required, you may want to pack some wet weather gear, as it can get a little wet, even in the high mountains of the north.

The winter months are the hardest to pack for, as there is a need to ensure that you can stay warm during the trekking and once you stop for rests or for the night. The weather in the winter can drop to below freezing at night, though in some areas this is only just below freezing. Packing layers of clothing to stay warm is essential, as are thick socks to protect your feet from the cold and good Gore-Tex gloves.

Accommodations and Meals during This Trek

Accommodation during the trek is mainly camping in tents, as there are few lodges and guesthouses in Bhutan, unlike in Nepal, where lodges can be found along almost all the trails. Bhutan does not have a commercial guesthouse culture along with its trekking trails, as many of them are in remote areas and are in environmental regions of the kingdom that are protected from development.

All meals are included on the cost of the trekking tour, and will be catered for by cooks and staff that will accompany you along the trail to ensure you get good, nutritious meals throughout the entire trekking period.

As Jomolhari is one of the highest mountains in Bhutan, the opportunity to trek around the region and get one of the best views of the untouched and unspoiled Himalayas is an opportunity that is too good to pass up. Even today, much of the area you will pass through is several days hiking from the nearest road, and the trail takes you through small villages where the people live in the same way that they have for thousands of years.